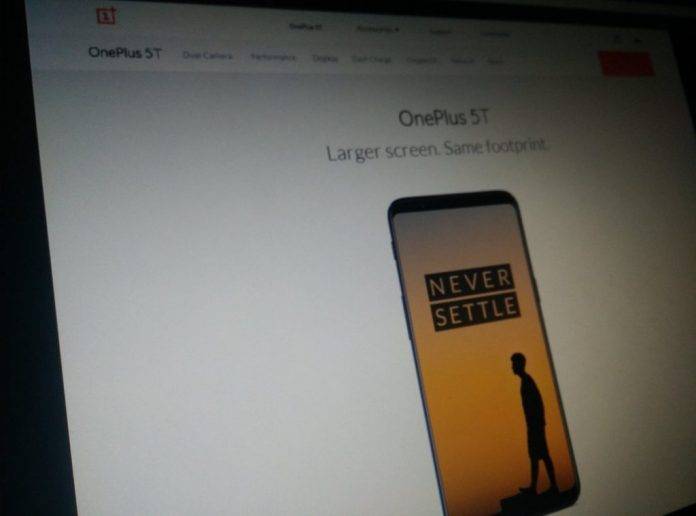 We know that even without leaked launch dates, we’re pretty close to officially seeing the OnePlus 5T. It’s a moment that most OnePlus 5 users will be dreading, but looking at OnePlus’s strategy last year, they really should’ve known better. Now we have the leaked launch date, and some news that the OnePlus 5T could be sporting Samsung-made AMOLED displays. 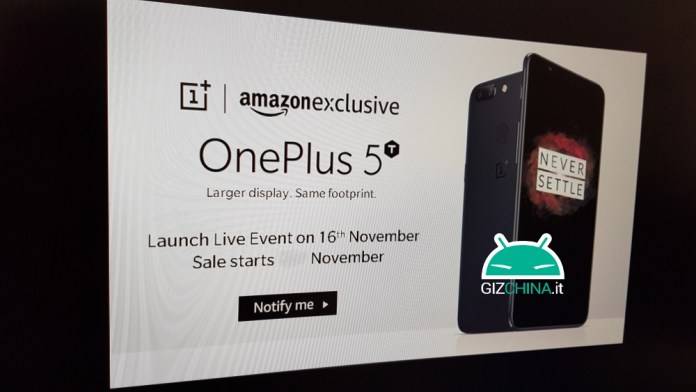 First up, this leaked image seems to be a graphic originating from Amazon India – with the “Amazon Exclusive” branding that was also tagged to the OnePlus 5. The image says clearly that the new smartphone will be launched in an event on November 16 (the sale date was edited out of the image). The leaked image also carries the same tagline – “Larger display. Same footprint.” – which almost unilaterally confirms the large upgraded display the OnePlus 5T will be sporting. 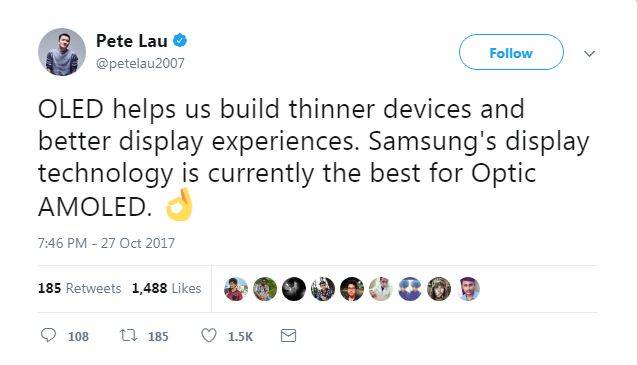 Speaking of large displays, OnePlus CEO Pete Lau tweeted something about Samsung’s OLED display, as seen above. It was immediately retweeted by OnePlus co-founder Carl Pei. The tweet seems innocuous enough, until you realize that they have an upcoming smartphone which is rumored to have a large OLED display.

Will the OnePlus 5T sport Samsung’s AMOLED display with 18.5:9 aspect ratio, as with the Samsung Galaxy S8? We won’t really know until mid-November, but the OnePlus 5T will be coming out with a large almost bezel-less display up front nonetheless.