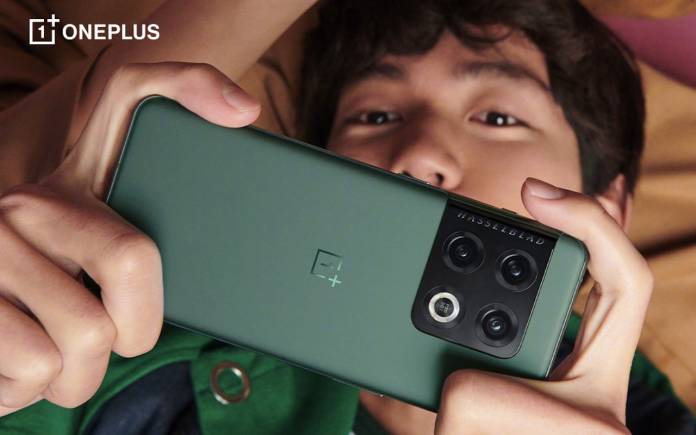 The OnePlus 10 Pro’s arrival is impending. It’s happening soon as per several sources. It will arrive alone and is expected to make an impression. The OnePlus 10 will follow a little later. As for the new flagship phone offering from OnePlus, the new OnePlus 10 Pro will run on Snapdragon 8 Gen 1 processor and will come with Hasselblad cameras. We probably know everything there is to know about the device since a lot of information have already surfaced. OnePlus has always been generous when it comes to details and more photos have been published before the official launch.

According to the Chinese OEM, they have “adopted a brand new design language that breaks the boundaries and has a unique style.” We can see that it has a new camera design and it looks great.

We see two color options: black and green. The flagship Android phone will come with premium specs plus a more premium look and feel.

So far, we know it will be a “truly well-rounded flagship”. The 80W fast charging support has been mentioned at one point while pre-orders have begun in China before 2021 was over. Possible specs are as follows: 6.7-inch AMOLED LTPO screen, Quad HD+ resolution, 120Hz refresh rate, triple camera system, and a 32MP selfie camera. The three cameras include a 48MP, 50MP ultra-wide, and an 8MP telephoto with 3x optical zoom.

The phone will run on Android 12 OS topped by the unified OxygenOS and ColorOS. The battery will be 5000mAh with faster charging (80W wired, 50W wireless charging), max of 12GB of RAM, and up to 512GB of UFS 3.1 storage.

Official launch of the OnePlus 10 Pro will be next week, January 11. We’ll confirm everything we know then.