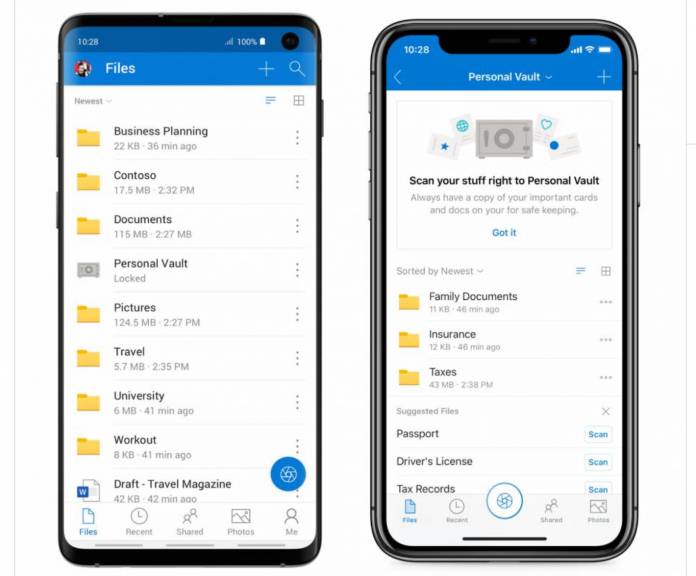 If you think your OneDrive storage isn’t enough anymore to store all your files, we have good news for you. Microsoft is making some changes in how much storage you get for your subscription and it’s a pretty good change since they’re doubling it. Also, they’re introducing a new OneDrive Personal Vault where there’s an added layer of security for accessing your files there since it will require you to have secondary authentication before you get to open any of the files stored there.

First, let’s talk about the changes in storage capacity that Microsoft is introducing. The standalone OneDrive plan which you get at just $1.99 per month has a 50GB capacity. Subscribers will now get double that, 100GB, at the same price! As for Office 365 subscribers, they now get the option for more storage aside from the 1TB that already comes with their plan. It starts at an additional $1.99 per month in 200GB increments. The highest is at an additional 1TB at $9.99 per month.

If you want some of your files to be more secure, they are bringing a new section in your OneDrive called Personal Vault. You will be able to access the files here with secondary authentication either through a fingerprint scan, face scan, or an extra PIN. It can also be a code sent through text message or email. That extra layer of protection should protect your files in the vault even if someone is able to gain access to your OneDrive account.

The encryption of the files there are similar to the other files and it also has the other features like suspicious activity monitoring, ransomware detection and recovery, mass file deletion notifications and recovery, virus scanning on downloads, and version history. You can also set up the OneDrive mobile app to send files like pictures taken, documents scanned, or photo videos, directly to the Personal Vault storage.

The Personal Vault will initially be available soon in Australia, New Zealand, and Canada while the rest of the world will have it by the end of the year. Standalone OneDrive users and free users will have a limited number of files that can be saved there while Office 365 subscribers can save as many files as they want as long as it’s within their storage limits.