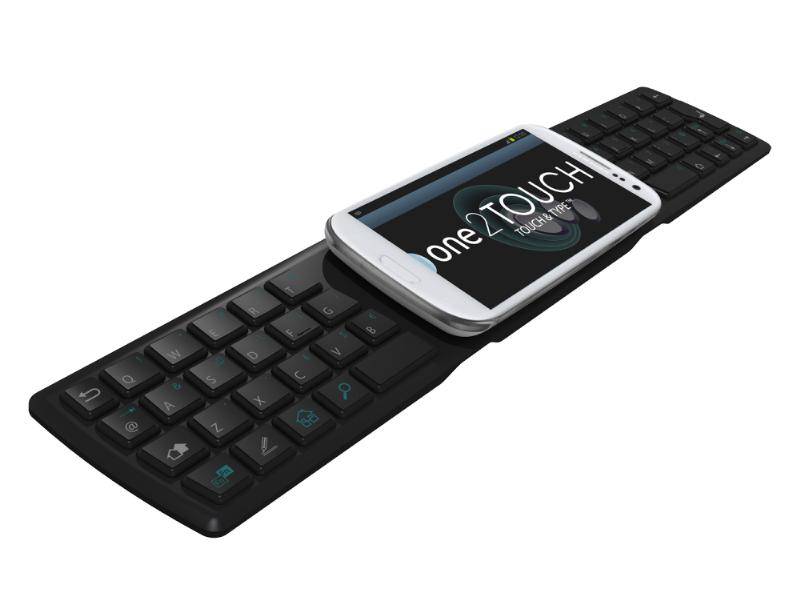 The need to type out long emails or large amounts of text is a situation that anyone with a mobile device is familiar with. Even with today’s large smartphones, the task can still be a chore, especially for those without tablets or laptops at hand. As such, portable keyboards have sometimes become necessary, and One2Touch’s Softpad S1 is promising to be the best of its class.

The Softpad S1 is a foldable, pocket-sized physical keyboard that provides portability without taking up too much bulk. It also doesn’t skimp on the size, unfolding to more than 13 inches, with two banks of keys and an area to fit a 5-inch smartphone in the middle. Almost sounds like a typical smartphone keyboard until you consider how the phone connects to the keyboard.

One2Touch boasts that the Softpad S1 is the first NFC powered keyboard for Android. This fact is important because it provides two benefits over other conventional mobile keyboards. The first is that the phone and the keyboard can instantly pair and connect with each other by simply placing the phone on the keyboard. And probably most important, NFC has less battery drain compared to Bluetooth, which is commonly used in portable keyboards. One2Touch has made a video featuring the Softpad S1 as well as other One2Touch NFC keyboards.

The One2Touch Softpad S1 is now available at Brookstone, both online and in retail outlets. For a price tag of $99, it might be a tempting accessory for today’s road warriors.