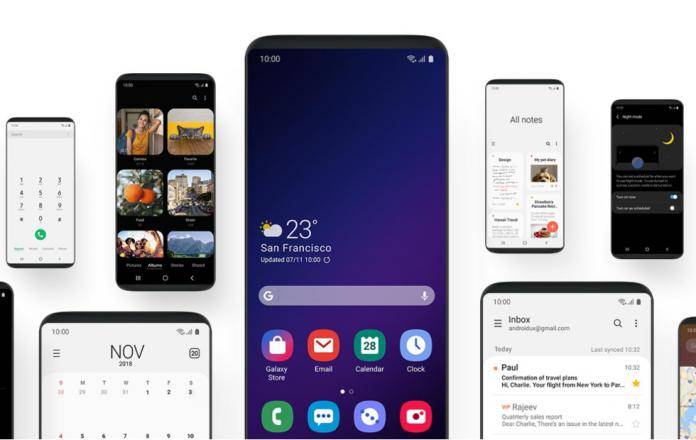 We all know better than to hold our breath and wait for the rollout of the Android 9.0 Pie update. Given our experience of the past years, we’ll believe that it will roll out when we see it on our devices already. But that doesn’t mean we’re not curious about what it will look like and so we look at all leaks and screenshots released. The beta program for the Galaxy S9 and Galaxy S9+ has already gone live in Germany and so we’re now seeing screenshots of what it looks like in action.

Aside from the Pie update of course, what Samsung flagship users can look forward to is the One UI interface change. Those who’ve already seen the Pie with One UI beta are saying that it looks very much different from the Samsung software that we’re used to, both in terms of looks and function. As to whether this is a good thing or something you have to grudgingly adjust to is still up in the air.

The main function of the One UI is actually to simplify and de-clutter the elements on your phone. The interface elements are larger and more spread out so it may take some time getting used to if the higher information density UI is the one you’re so familiar with. Another noticeable thing is that the One UI has shifted most of the elements in the bottom two thirds of your display to make it easier to reach especially when you’re using your phone with just one hand. The top third of the screen is more for viewing your content.

Another important new feature is something that people are requiring from OEMs and apps at this point: a dark mode. The Pie update will bring you a system-wide dark theme which you can set up to be 100% on or only when it’s actually night time. While there are still some icons that will retain their colors, the accents will be grey, white and blue. Since it’s still beta, it’s not yet 100% but you get the idea of how dark it will get.

There will still be several tweaks and iterations and modifications as the beta test goes on so don’t expect all the screenshots to be as it is when the Android Pie with One UI finally rolls out in its stable version. But more or less, these screenshots will show you what you can generally expect and look forward to.