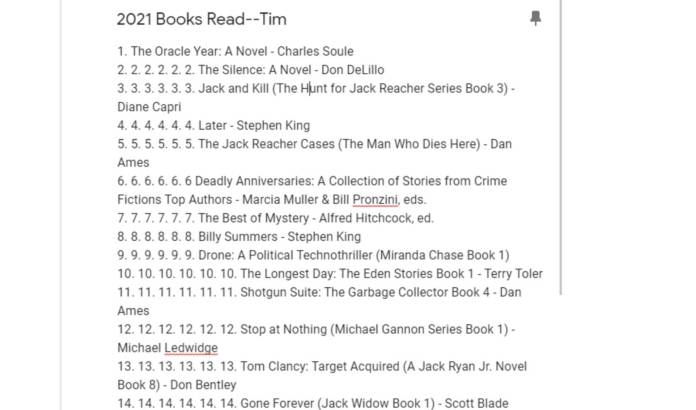 If you use Google Keep to write down notes, to-do’s, and various other lists, you probably will not want to have this strange bug affecting some users. Reports in the Google forum say that existing numbered lists would suddenly add copies of the same number whenever the user tried to add new items to the list. The issue was first reported back in November and it looks like it’s still going on. Users who updated to Android 12 and One UI 4.0 seem to be the ones affected.

The original poster on the Google Forum showed screenshots of the problem he encountered while using Google Leep. Basically, the auto-numbered list gets additional copies of the number to each item whenever a user would try to edit or navigate the note. So for example you have a list of 1, 2, 3, the items will become 2. 2. 2. 2. 2. 2. then 3. 3. 3. 3. and so on. Other users chimed in that they are experiencing the same thing on their app on their mobile device.

Based on the thread, this seems to be affecting Samsung users who have updated their S21+, S21 Ultra, S21, S20, S10, and Note20 Ultra to Android 12 and therefore One UI 4.0. Not all users of these devices that have been updated are seeing this bug though. It doesn’t seem to affect a wide number of users but for those who are experiencing this, it can be a pretty annoying issue especially if you’re using Keep for work or to keep track of important things.

A “Diamond Product Expert” who is not a Google employee said that the team is investigating the problem but there’s no update yet as to what they plan to do with it. There doesn’t seem to be any fix right now for those experiencing this problem. Users may want to switch to another note-keeping app like Evernote or Samsung Notes which is actually pretty popular among Samsung users and can compete with Keep in terms of feature parity.

Every major update like Android 12 / One UI 4.0 brings a lot of new features but it can also bring some bugs that can affect specific apps or features. Unfortunately for Keep users, they seem to be the victim this time around.