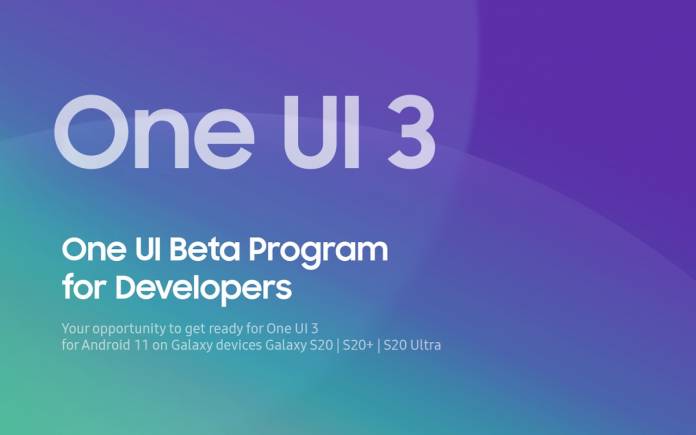 After launching five new devices at the Galaxy Unpacked 2020 event a couple of days, here’s Samsung sharing the upcoming One UI 3. It’s still in the pre-beta phase for developers so if you are a developer, feel free to join and check out what you can do with the new One UI. This version is already based on Android 11 so this means the Samsung phones are about to get the new Android build. This also means more devices will receive One UI 2.X as the South Korean tech giant has been slowly releasing the said update.

One UI Beta Program is open for the devs. As with most beta programs, you are free to try One UI features before Samsung releases the public version to a wider audience. The One UI team needs to know the feedback and suggestions of users so they can improve on a lot of things.

The whole Galaxy experience on selected phones will be improved. Samsung never stops working on updates and enhancements. With One UI 3 Beta, you can check out the new design and features that may be beneficial to app developers and device manufacturers.

The One UI Beta Program is open to Samsung Galaxy users living in the United States, the UK, South Korea, India, Poland, Germany, and China. Devs are free to help in making sure their apps are already compatible with the beta software. Partner developers are free to join the programs as always.

Enter One UI Beta Program if you can to test compatibility with certain device models and service providers. Only those living in South Korea and the United States can join the beta, at least, for now. In Korea, all Galaxy S20 phones from KT, LGU+, SKT, and the unlocked variant can be used to test One UI 3. In the US, the phones are the same but only the unlocked version and those from T-Mobile and Sprint.