Given how young the OmniROM custom ROM project is, it’s bound to be updated far more frequently along its journey towards more stable releases. To keep those updates easy on both the user and the network, the OmniROM devs have worked on an over the air delta updater that tries to keep ROM update sizes to be as small as possible.

As if the initial process of getting a custom Android ROM flashed on a device isn’t harrowing enough, one has to sometimes rinse and repeat when an updated image is released. Several tools have thus been developed to make the update process less intrusive, mimicking the behavior of normal Android OTA updates. But OmniROM’s OpenDelta takes the convenience once step further by trying to minimize what needs to be downloaded as much as possible.

OpenDelta is an open source tool that automatically builds and delivers OTA updates of OmniROM builds. It’s key differentiating factor is that, when possible, it uses deltas when creating the updates. This means that it only includes what has changed between the current and the next version, leaving out those that have not been touched. Depending on the situation, this could drastically reduce the file size of the update that needs to be downloaded. And in case you’ve missed out on several builds, OpenDelta will gather all the related deltas together and create a new one that doesn’t include duplicated information, so users won’t have to worry about huge downloads in this situation. Early OmniROM adopters can access the OpenDelta features via the About section of the system settings. 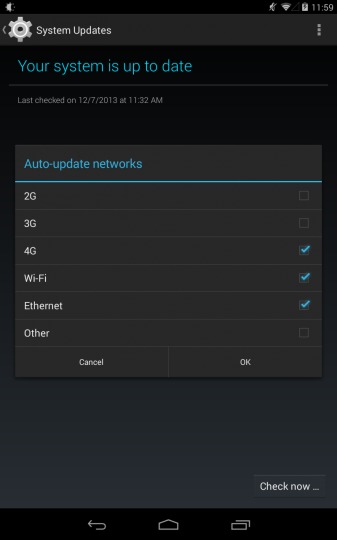 Given OmniROM’s emphasis on community-driven and open work, OpenDelta is being developed as on open source project. Theoretically, any open ROM can make use of the tool, but OmniROM has a preference for TWRP as the officially recommended flashing utility. OpenDelta is still quite young so some bugs might crop up here and there.