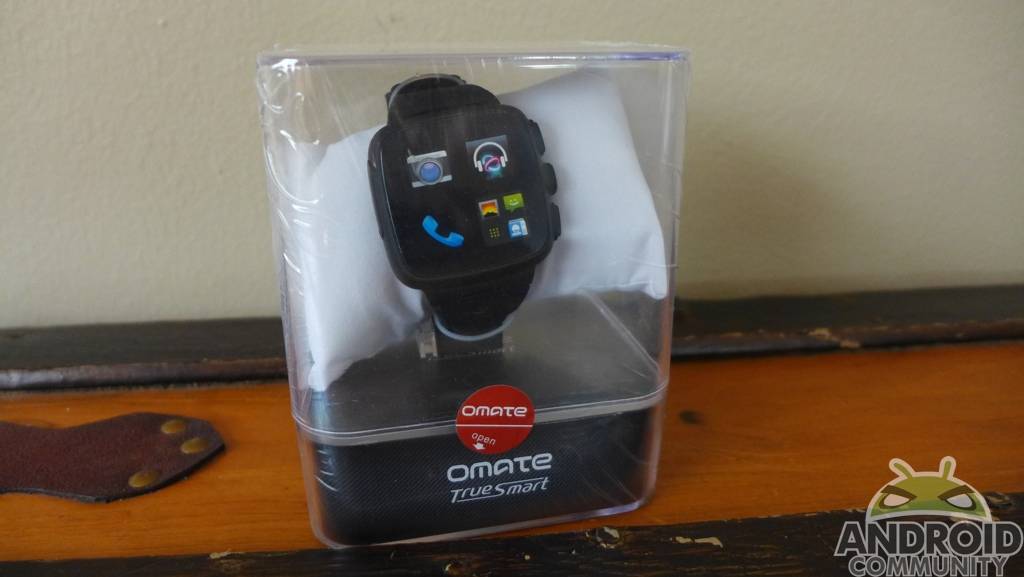 Originally backed on the day the Omate TrueSmart Kickstarter launched, our shipment finally arrived earlier this morning. We realize plenty are still waiting, and while this may only serve to further tease you, we did want to offer this unboxing to address some complaints we have been seeing regarding the TrueSmart shipments.

We’ve been following the Omate threads on Google+ and have been seeing quite a few issues where people received damaged units. Not to mention, packages that have been missing items. That had us a bit worried. We certainly cannot speak for all the Omate shipments, but we can at least give hope that some are arriving, and arriving without issue.

Our watch arrived without any damage, and we also received the extra items. In our case those included a spare battery, spare charging cradle, and t-shirt — all of which can be seen in the video. One interesting thing worth mentioning, the watch we received was branded as a Developer Edition, and we had pledged as part of the Early Bird 1 group.

That aside, the more important part here is the undamaged watch. We have the watch running with an AT&T StraightTalk SIM and plan to put it to the test. With that in mind, if you have any questions — fire away, we’ll do our best to answer. In the meantime, those looking for more coverage should keep an eye on our Omate TrueSmart hub.