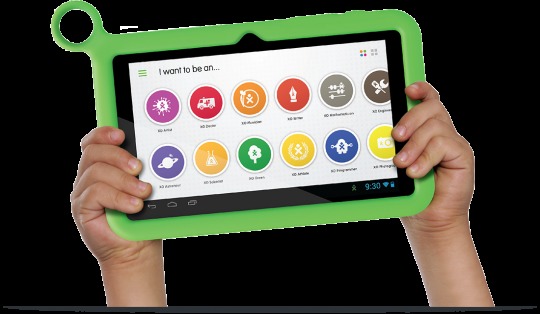 The OLPC XO Tablet arrived for sale back in mid-July. The tablet arrived with a price point of $149.99 and the initial launch had availability exclusively with Walmart. Specifically, that initial availability was limited to the Walmart website. In-store availability began yesterday, on August 1st, however it looks like the tablet has also come available with some additional retailers.

Those others look to include Target and Amazon. The tablet is $149.99 with Target and $140.00 with Amazon. And as a small bonus for Amazon Prime members, the OLPC XO Tablet is Prime-eligible. That being said, aside from the expanded availability, the tablet remains the same as we saw back in July.

Basically, that is to say those making the purchase will be getting a 7-inch kid-friendly tablet with a display resolution of 1024 x 600. The XO Tablet is powered by a dual-core 1.64GHz processor and has 8GB of internal storage with WiFi connectivity. The tablet is running Android 4.1 Jelly Bean and features a handful of educational related software items.

To begin with this tablet is touted as being bilingual. Or in other words, it has all content available in English and Spanish. There are also various dashboard setups to highlight the different types of content as well as an e-book reader, Oxford Dictionary, Discovery Communication app and many others.

While a good amount of the apps are focused on children and education, the tablet also has some items for the parents. In this case the XO is sporting parental controls that track usage and learning styles. The tablet also has a Journal app that details and breaks all this down for the parents. Finally, while the tablet has arrived with Target and Amazon, it also looks to be sold-out with Walmart (at least for the time being).