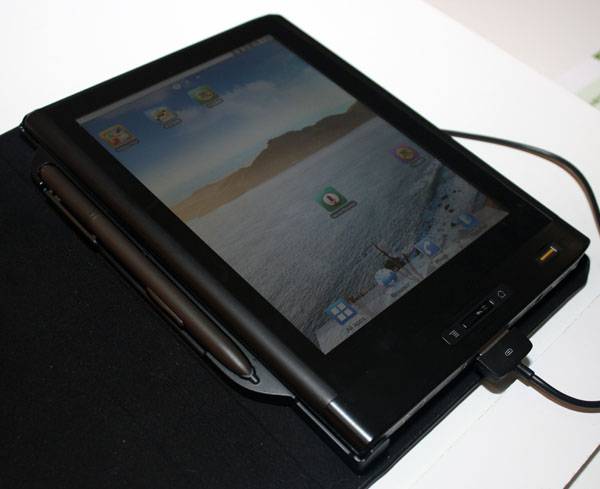 While we don’t always report on some of the lesser known manufactures, this Italian computer company has been around for more than 100 years and recently started making Android tablets. Last year they released some not so popular OliPad 100, and 110 models with Honeycomb but in 2012 they appear to be taking things up a notch. Offering competition in the quad-core department and the stylus Galaxy Note markets.

We don’t have all the details yet, or some press photos but Olivetta is set to release the OliPad Tegra 3, and an 8-inch WACOM digitizer powered tablet called the Olivetti Graphos. The better of the two, the Tegra 3 powered tablet will sport a 10-inch IPS panel with a 1280 x 800 resolution, Android 4.0 ICS, NFC, 3G/4G radios, and of course that quad-core NVIDIA Tegra 3 processor. No other details have been released but the Italian markets have a lot to look forward to with this announcement.

Up next is the OliPad Graphos. No exact specs on internal hardware were given at this time other than it will have the dual-core Tegra 2. The Graphos will also have an IPS panel only it will be 8-inches and 1024 x 768 in resolution. The important part here is they’ll be integrating the popular and highly accurate WACOM digitizer for full active stylus support — like the Galaxy Note. Not a cheap alternative.

No exact pricing, details, or release dates were given but we should see these hit their respective markets with Android 4.0 ICS on board sometime this summer.