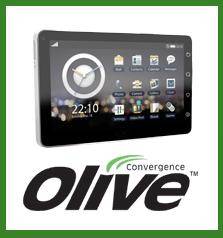 As Android market share continues to grow in India, Olive Telecommunications is set to launch its on Android handsets in India. The handsets will be Android 2.2-based and should be shipping the first week of march.

It’s said that the device will be on par to compete with Samsung’s Galaxy S devices as well as Apples iPad which means it could be sporting a larger display, possibly between a smartphone and tablet.

India has witnessed intense competition lately regarding the Android operating system. Olive has been the first to the Indian market with a tablet and if these rumors are true we can expect them to use their credibility to their own advantage in the upcoming Android war.