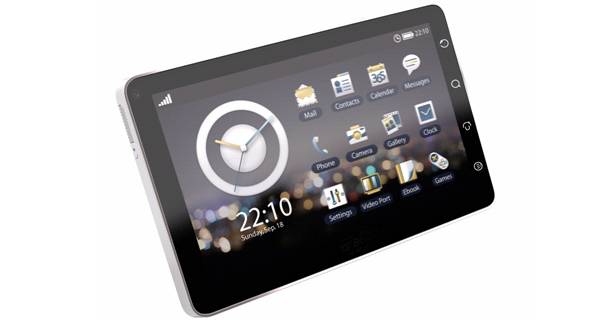 Whether or not you’re looking at Android for your next mobile phone, there’s no doubt in anyone’s mind that we’re also going to have to start looking at tablets a lot more seriously as 2010 continues to tick by. Companies are getting serious about their Apple competitor, and that just means more options for us. If you happen to be in India, here’s a new one for you. Next month, that is.

While the Olive Pad is certainly a tablet, that’s not stopping the company behind its creation from telling you to use it as a phone, if you don’t have any other options. That’s right, voice service is being included. Along with a mic and speaker. We don’t recommend holding this thing up to your head, but getting a Bluetooth headset may help things out.. The Olive Pad features a Qualcomm MSM7227 processor, GSM/WCDMA, a back 3MP camera, a front-facing camera, 512MB ROM, 512MB RAM, WiFi, USB port, and a 3.5mm headphone jack. The tablet will cost approximately Rs. 25000 which equivalent to $530 USD. So, not bad, but maybe a bit on the expensive side.