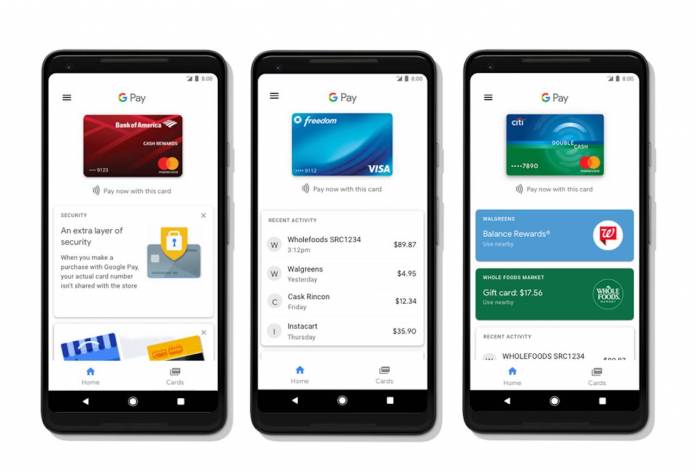 Google released a new version of Google Pay last year but not everyone immediately switched to it when it was released. Since it was still functional anyway, some users decided to stay with it while they still could. Well, that may all finally be over as Google has informed those who still have not switched to the current app that the old version will end its transactional purposes by April 5. While this will only initially apply to U.S users, we all know that it will eventually roll out to all territories where Google Pay is available.

Android Police says Google sent an email this week to Google Pay users announcing that the old app as well as the Google Pay website will not be able to transact starting April 5. This means you won’t be able to use it to send or receive money which is basically what you want to do with a mobile payment app anyway. So yes, if you want to keep using Google Pay, you will have to start moving to the new app.

Aside from not being able to pay and get money, you will also not be able to see your transaction history or access your remaining balance after April 5. What’s sort of weird though is that the new Google Pay app is still labeled as Early Access. But we’ll probably see them drop that tag around April or even before that. The new app has been adding several features lately including the ability to pull receipts from Gmail and Photos.

Aside from deprecating the old app, Google Pay is also making some changes to the terms of service. Two of its existing Terms of Service will be combined. The minimum eligibility age will also be increased from 16 years to 18 years. If you like reading through things like this, you can read the updated terms of service before you commit to moving to the new app. You will probably have to accept them anyway when you switch.

Both the loss of transactional functions of the old Google Pay app and the new terms of service will take effect by April 5. It will only affect U.S users by then and no schedule has been given for the other countries.