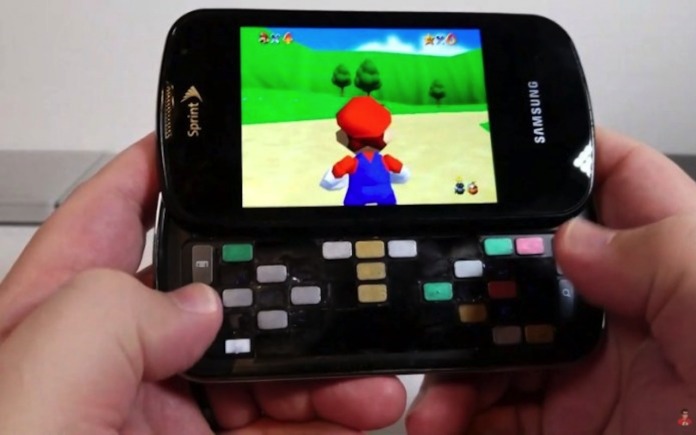 The era of gaming phones has just begun. Thanks to the likes of Razer, ASUS, and Xiaomi for taking the lead in this industry. We sure know a lot of people that are now content playing their favorite games right on their smartphones. There are a few gaming phones available but we haven’t heard anything close to a gaming device from Sony. To be honest, we’re not really expecting anything big from the company because it’s been slow in adopting new technologies.

There is no new gaming phone from Sony. We just remember one Sony phone with a slide-out game controller: the Sony Ericsson Xperia PLAY. That was seven years ago.

Today, one hacker (Phawx) has managed to turn a smartphone with a sliding keyboard to a decent gaming phone. For this purpose, an old Samsung Epic 4G was transformed into a gaming device with the keyboard working as a controller.

Using an X-ACTO knife, take out all keys you know you won’t use often. Download and install game console emulators. Map the remaining controls and buttons.

Don’t expect a D-Pad control action. Just map your own buttons and controls for whatever game is available.