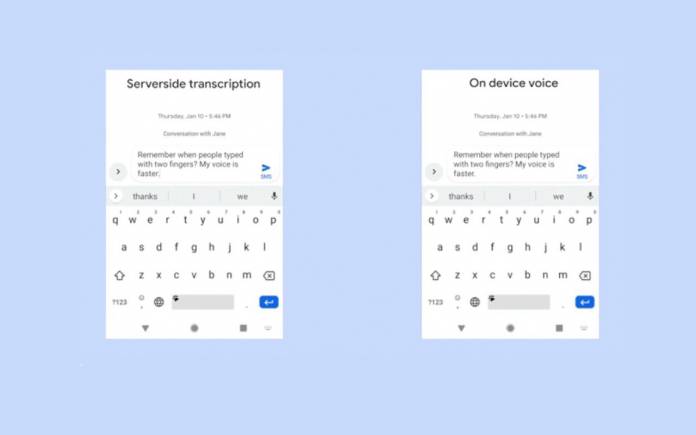 On-device AI has been made known to us for several years but it’s only now OEMs are getting serious in implementing the technology. Google has recently announced an all-neural on-device speech recognizer that won’t depend much on a network. This means end-to-end speech recognition happens in the device as made possible by RNN transducer (RNN-T) technology. What happens is that the speech recognizer resides inside a device, making it powerful enough for speech input in Gboard. It is described as very compact enough to be stored on a phone.

The idea is that the speech recognizer is available all the time whether offline or online. Words are checked character-by-character so they are checked and recognized in real-time.

It works like a keyboard dictation system, only, it listens to your voice. Google says spottiness or network latency is reduced.

RNN-T allows offline recognition. This is possible as models are hosted directly on the device. Search happens in a single neural network that has been RNN-T-trained and is very light at 80MB.

This all-neural and on-device Gboard speech recognizer will be ready on all Pixel models. It will be American English only for now but expect other languages will be available in the near future.