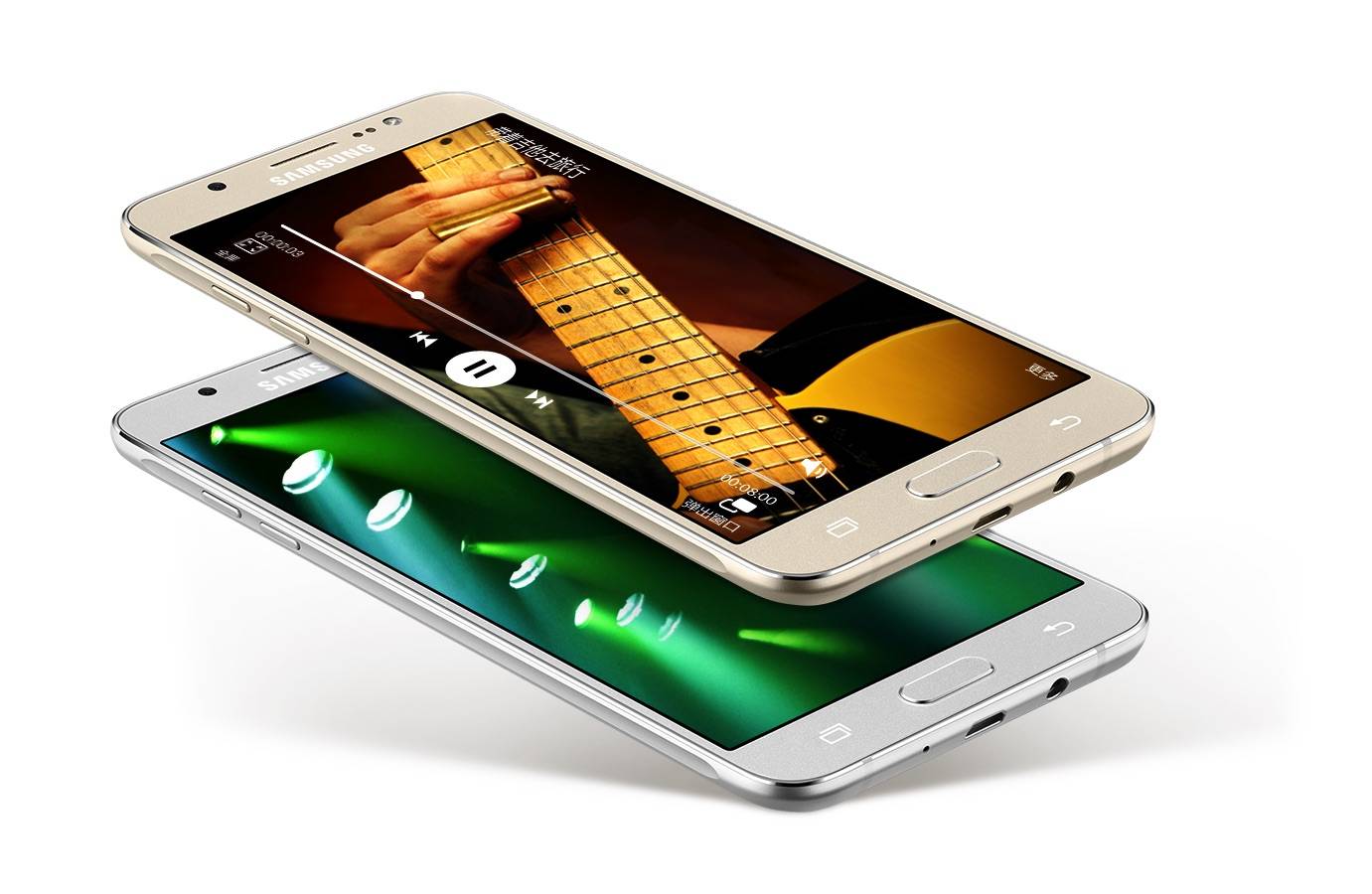 After weeks of being leaked, the new Galaxy J phones are now available. Samsung just announced this year’s Galaxy J5 and J7 smartphones that look a lot like each other. They look like the images we sighted on TENAA earlier this month and another set of leaked images that followed. They may just be image renders but Samsung is almost ready to release the devices in the Chinese mobile market.

The Galaxy J5 is just a revamped version from last year while the Galaxy J7 is totally a new model. Actually, we can’t see any difference in the design but the J7 is more powerful. It comes equipped with a 5.5-inch full HD Super AMOLED screen, 3GB RAM, 16GB built-in storage, microSD card slot for expansion, and a 3,300 mAh battery. Smartphone also features a 13MP rear camera, 5MP front-facing cam, 4G/LTE connectivity, and NFC. We’re guessing the last feature will allow the phone to be used for Samsung Pay that was recently launched in China.

Color options include White, Gold, and Rose Gold. Still no information on pricing and availability yet but we can expect sooner than soon from China Mobile. Next quarter perhaps? We’ll see.