For those of you who salivated when AT&T announced that Samsung’s gigantic Galaxy Note smartphone would make its way to America, your wait is nearly over. The wireless carrier announced today that it would launch the much-anticipated device on Sunday, February 19th. As expected, the phone will cost $299.99 with a two-year contract or extension – there’s no word on how much the phone will cost without a commitment. Eager customers can pre-order the Galaxy Note starting on February 5th and get it delivered two days early. The Galaxy Note LTE will come in Carbon Blue and Ceramic White color options.

The Galaxy Note has created quite a following since the original model was announced way back in October, at the IFA show in Berlin. The phone’s outstanding feature is a 5.3-inch 1280×800 Super AMOLED display, easily the largest and most high-resolution screen for any phone being sold today. In addition, it packs a Wacom digitizer and old-school stylus (“S-Pen”) for pen-based drawing and input. Samsung has several customized applications to take advantage of the stylus, as well as the S-Pen SDK for developers who want their apps to integrate with the feature as well. If the Galaxy Note is well-received, the S-Pen may make its way to other future devices.

The rest of the Galaxy Note is no slough: underneath that huge screen is a dual-core 1.4Ghz processor, 1GB of RAM, 16GB of storage space and an 8MP camera. To power all that you get an admirably large 2500mAh battery. The Note runs Samsung’s TouchWiz version of Android 2.3 Gingerbread, but an update to Ice Cream Sandwich is already in the works. The major difference between AT&T’s version of the Note and those already released overseas is the new radio, which will take advantage of the carrier’s LTE data network. Rumors of other US Galaxy Note variants, particularly the “Galaxy Journal” on Verizon, have yet to be confirmed. 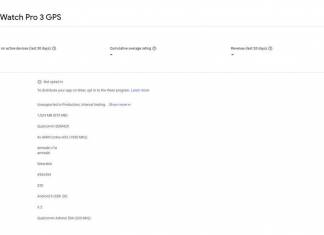 Mobile by Peak Design lets you mount your smartphone anywhere you...