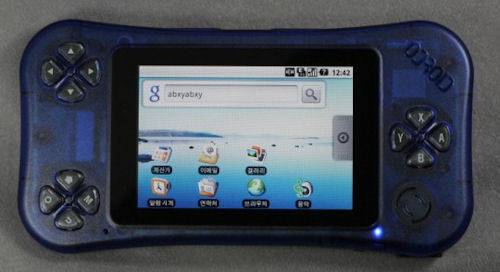 Android is starting to turn up on all sorts of devices. While the OS was first used on smartphones it has now started to be seen on PMPs and netbooks. This week we got some more info and the ODROID portable game system that runs Android.

The device is available now for pre-order with the system actually launching in November. The price will be about $320. The device will have an 833MHz Samsung processor, 512MB of RAM, and a 3.2-inch capacitive touchscreen.

The console lacks integrated 3G but it does include Wi-Fi, Bluetooth, and a mini-HDMI port. The version of Android used is 1.5 and it has an internal 2GB TFlash card for the OS and an 8GB SD card for user data. The consumer version of the ODROID is expected to hit in December at around $250.