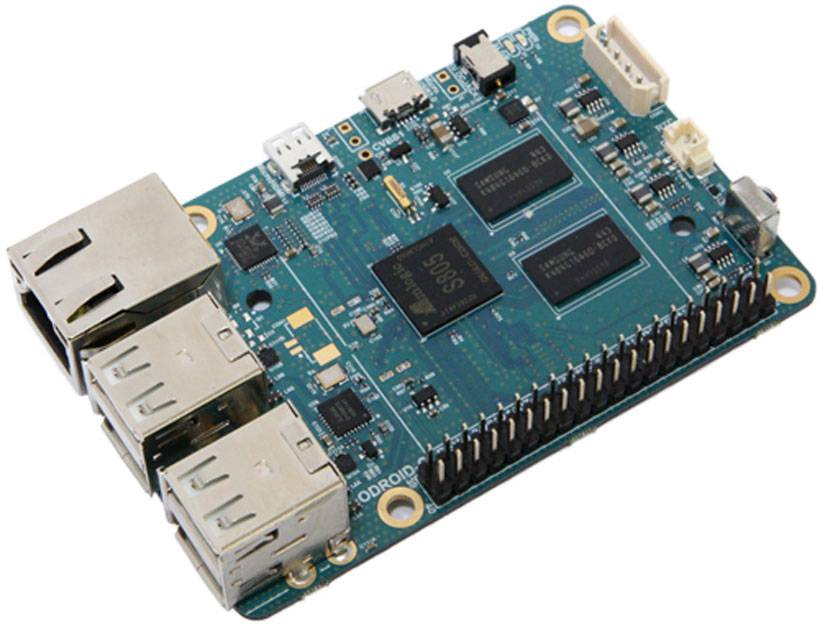 If you are a fan of the Raspberry Pi developer board for its size and features, you might be interested in a new offering called the Odroid-C1. This device is sized similarly to the Raspberry Pi and it runs Android or Ubuntu for the operating system. The small dev board has a 1.5GHz quad-core Amlogic SoC.

Along with that quad-core processor, it also has 1GB of RAM and a quasi-RPi-compatible 40-pin expansion. The Odroid-C1 will sell for the same $35 price tag as the Raspberry Pi. It also has a Mali-450 GPU just like the one used on Allwinner SoCs.

The Odroid measures 85 x 56mm and has four USB 2.0 host ports. It has integrated Ethernet supporting up to 1000 Mbps and a 720p camera input. The 40-pin I/O expansion is a GPIO/UART/SPI/I2C/ADC. For projects where weight matter the Odroid-C1 is a couple grams lighter than the Raspberry Pi Model B+.