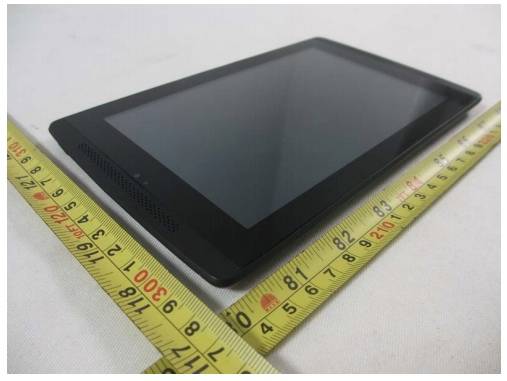 We saw some details on the NVIDIA Tegra Tab as the tablet was spotted in an NCC filing earlier in the month. For those not familiar, the NCC is similar to the FCC, but for Taiwan. Regardless though, because the tablet has now been spotted in an FCC filing. And this time around we are getting some additional images of the tablet as well as some detail of the features.

For the most part the images were your standard FCC filing type. Basically, that is to say the images had the tablet sitting alongside a ruler to show size. More of the details in terms of features came by way of the user manual. The manual is 33 pages long and for the most part, contains details about how to use the tablet. 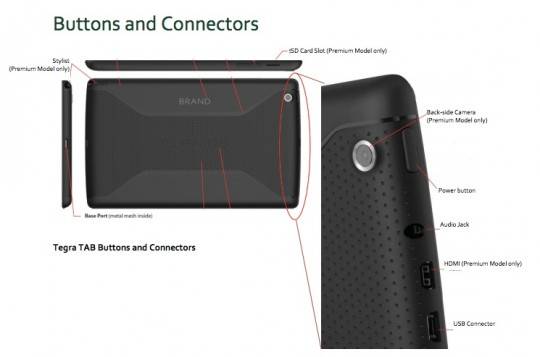 Needless to say, seeing that before the actual release of the tablet means a feature leak. In this case the user manual makes mention of a “Premium Model” of the tablet. In this case that model will have a stylus, rear-facing camera, HDMI and microSD memory card slot. Other goodies specifically mentioned include the basics such as USB and audio jack. Aside from a little bit about the hardware, the manual also touched on the software.

To begin with, the tablet will be running Jelly Bean. But perhaps more interesting at the time, there will also be some pre-loaded apps. Some of these include Sketchbook Express, Stylus Mobile by Vision Objects, Write by Stylus Labs, Camera Awesome and Pen Application Launcher. Of course, we are also expecting to see a Tegra 4 processor. Lastly, some of the other specs look to include a 7-inch 1280 x 800 IPS display, front-facing HD camera and either a 3200 or 4100 mAh battery.

That all being said, while we are beginning to get a clear understanding of the device in terms of looks, specs and features — we have yet to hear anything from NVIDIA.