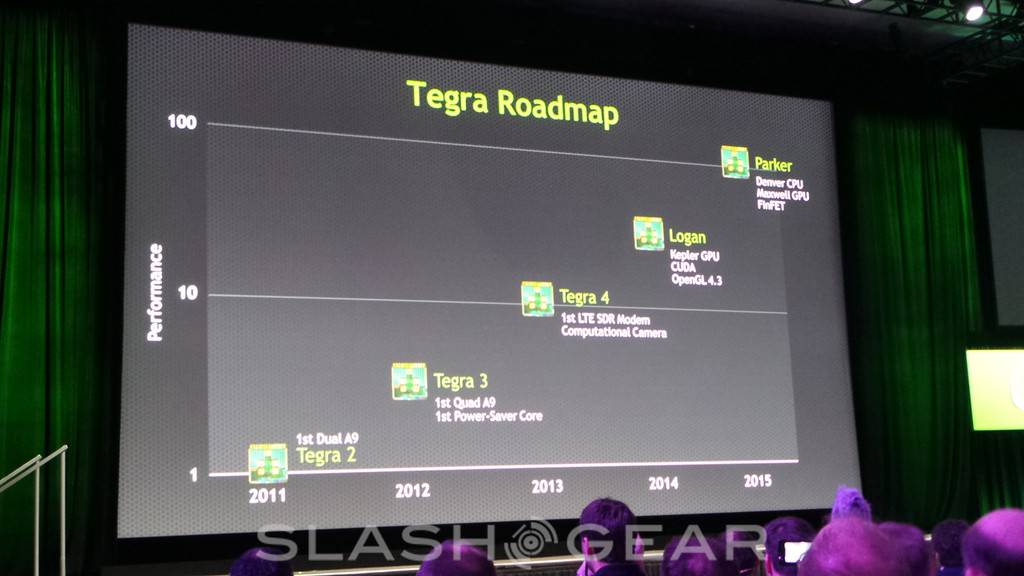 The folks from NVIDIA have just revealed their roadmap for the future today at their annual GPU Technology Conference, and we just got a glimpse at the future of mobile computing and Tegra. We’ve been hearing a bit lately about Open GL being found in the Nexus 4 drivers, but NVIDIA’s apparently confirmed it right here today.

We’ve seen the term “Logan” before regarding NVIDIA codenames, but along with it is a brand new platform called Parker that was revealed today too, but we’re getting ahead of ourselves. NVIDIA just confirmed CUDA and OpenGL will be coming to Android, or at least their Tegra mobile processors. So what does that mean? This means all the GPU power will be joining the CPU to help out with all the processing. 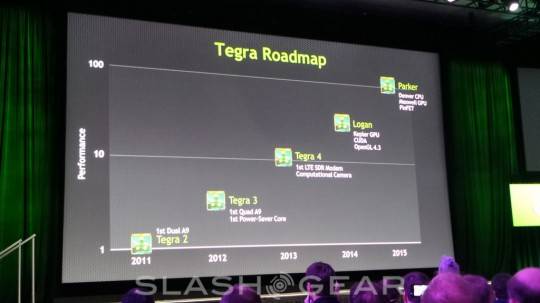 Essentially this will bring mobile device performance, like Android smartphones and tablets, to an entirely new level in both gaming, as well as everything else. Imagine being able to use the 72 GPU cores in the quad-core Tegra 4 mobile processor to process animations, 3D visuals and launchers, images, 1080p video, and everything else. This will be a new level of Android device performance.

More specifically Logan, coming next year, will integrate CUDA and OpenGL 4.3 into the next generation of Tegra processors. Most likely we’ll see the first steps of this in Android 5.0 Key Lime Pie at Google I/O. Then following into 2015 NVIDIA will be bringing their next-gen CPU and GPU power to a brand new platform for mobile, and it will be called “Parker”. They aren’t revealing much since we won’t see it until 2015, but there’s some exciting things in our future. Stay tuned as we dig for more details.