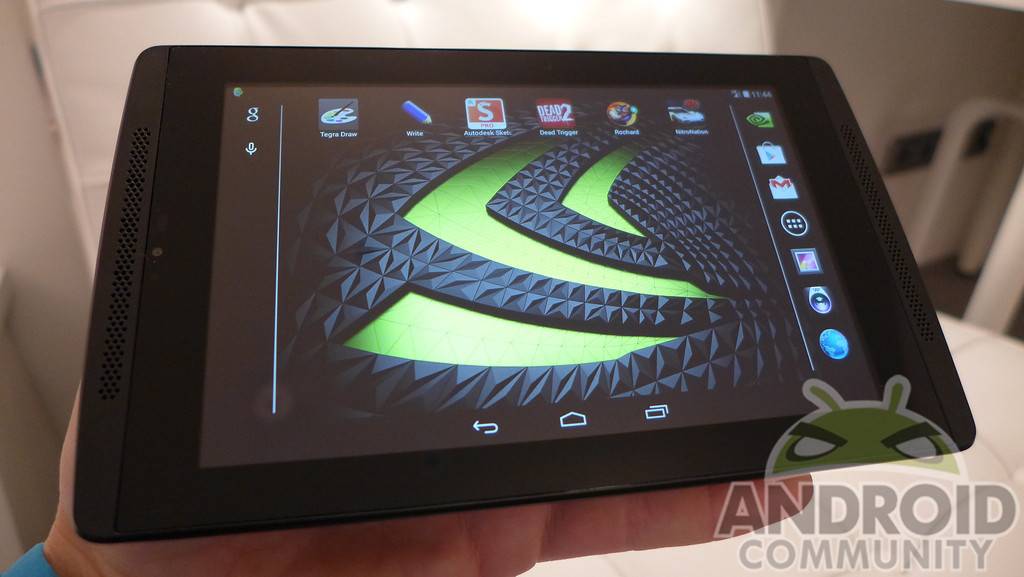 Along with the Tegra 4i powered Wiko WAX smartphone, NVIDIA was also showing the Tegra Note 7 LTE here at Mobile World Congress. The LTE equipped version of the Tegra Note 7 was announced earlier in the week. While the tablet now has LTE, it is largely the same in terms of overall style.

That is to say a black casing, with landscape orientation. The orientation bit plays to the speakers, which sit on opposite sides of the display. In this case, the display remains at 7-inches. The back of the tablet also sports a bit of a different look, but it retains the Tegra Note branding running through the middle. 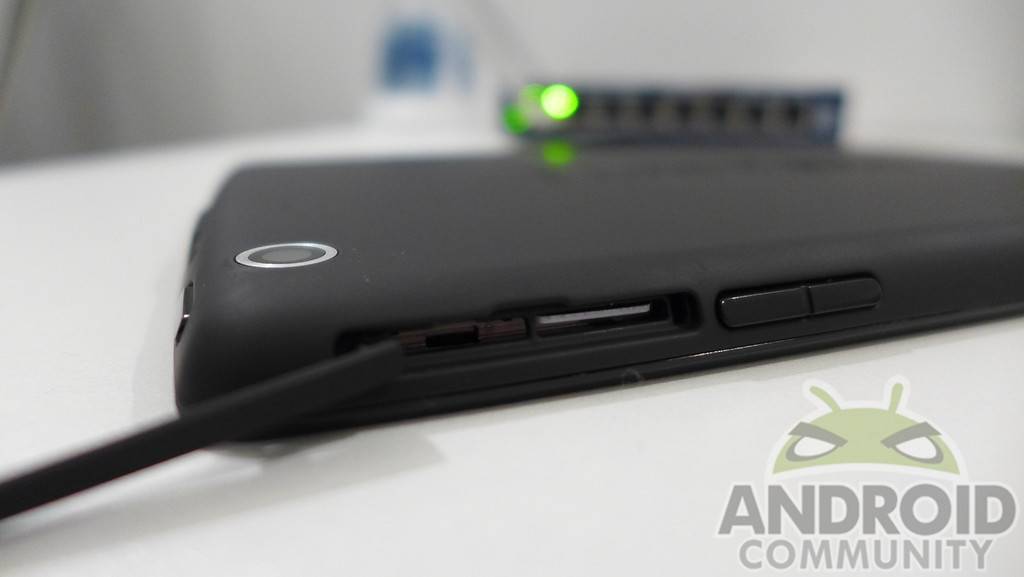 There is also another, much smaller physical difference, though given the addition of LTE support — an important difference. The Tegra Note 7 LTE has a SIM card slot. As you’ll see from the image here in the post, the SIM card sits behind a flip out trap door cover. Those looking for a bit more in terms of the Tegra Note 7 should check our earlier published review. 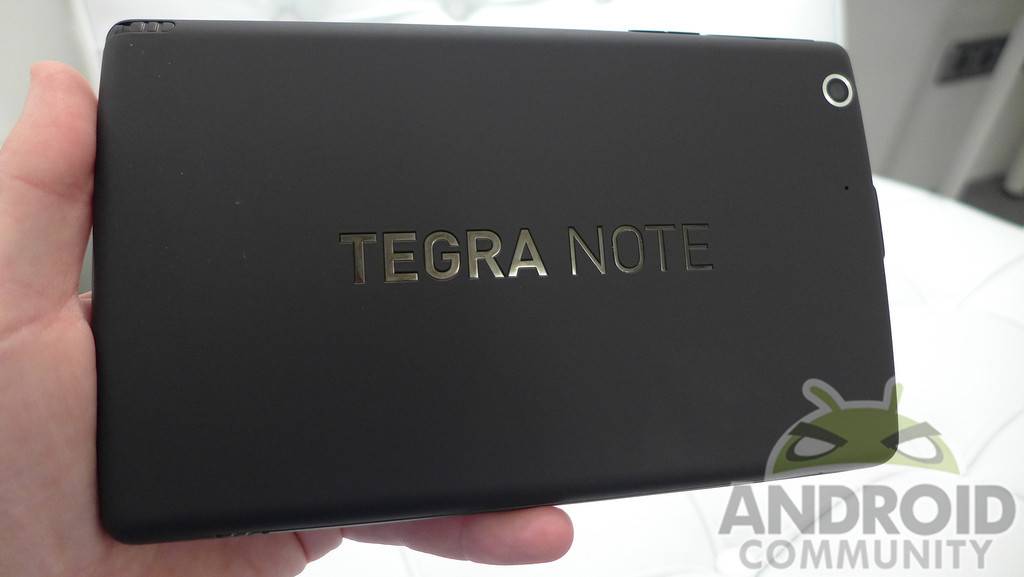 To clarify, that review was for the EVGA model which we reviewed back in December. Also important to keep in mind when referring to the Tegra Note 7 — these tablets are reference by NVIDIA, but will have different branding based on market. The EVGA model is the one that arrived for those in the US.

Otherwise, some of the key features here play to the NVIDIA side, which comes in part to the Tegra 4 processor. There is also the gaming side, which comes from the pre-loaded TegraZone access for Tegra optimized games. The Tegra Note 7 also pairs nicely with Bluetooth controllers. The other unique addition here was the stylus. Or more specifically the DirectStylus which is capacitive and further paired with a few custom apps.