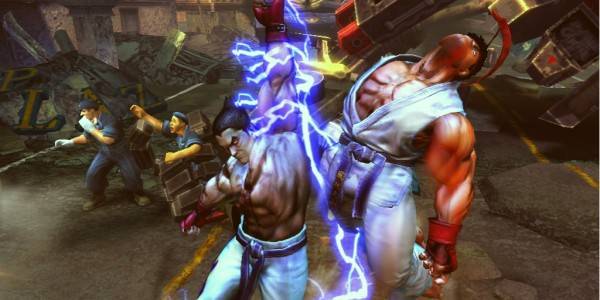 Both OnLive and NVIDIA have been making huge strides in mobile gaming, but approaching it from opposite directions. While NVIDIA is more than happy to provide you with a Tegra-powered smartphone or tablet, their new cloud gaming service means that soon enough you won’t need one. The company demonstrated their brand new GeForce Grid in partnership with Gaikai, which already gas a streaming game service.

What makes NVIDIA’s offering different? As the name implies, it’s using their very own Kepler gaming hardware to deliver graphics that are reportedly much, much better than existing services. Each player will remotely connect to a cloud machine with pixel-pushing power that’s roughly equivalent to the GeForce GTX 690 GPU – a thousand-dollar graphics card. Early demonstrations show impressive graphics on all integrated platforms, including Android tablets and connected TVs, without noticeable lag.

There’s nothing set in stone thus far, but company is planning on offering a subscription service roughly equivalent to Netflix for accessing all available titles. And just like Netflix, the service should be available on any connected device with app support. Early partners include major developers like Capcom, Epic and THQ. For anyone with a high-speed data connection and no PC gaming hardware, that would be a tempting proposition. A timeline for GeForce Grid has not been announced.