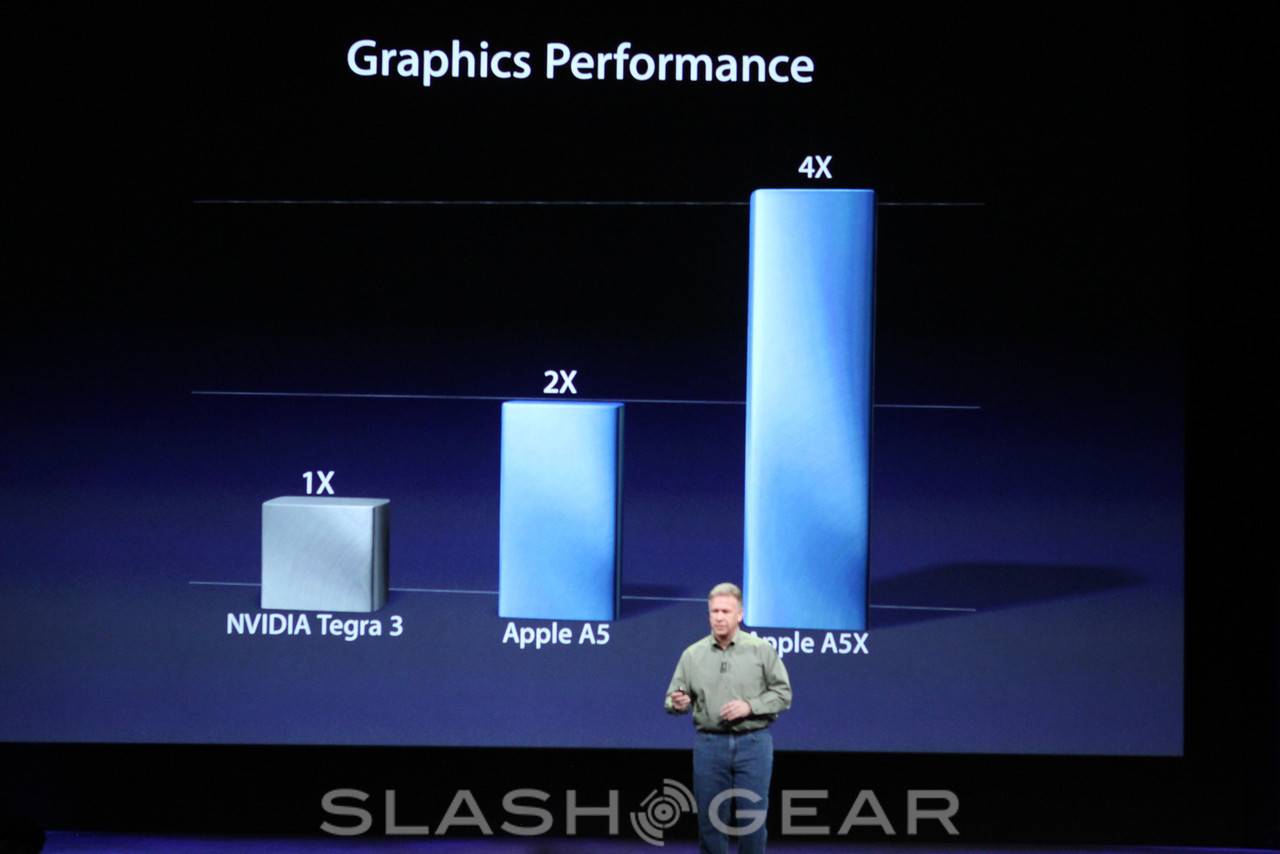 By now you’ve probably heard about “the new iPad”, even if you’ve been studiously avoiding it – more testament to the awesome power of the Apple media machine. One of the more surprising claims to come out of San Francisco was that the iPad’s A5X processor and new GPU could perform four times as well as Nvidia’s Tegra 3 quad-core processor, illustrated with a highly technical (and typically Apple) glowing blue line. An Nvidia spokesman took exception to this, pointing out that Apple’s claims are far from scientific.

Ken Brown noted that Apple provided its graphics performance claims with essentially zero context. “We don’t have the benchmark information,” said Brown. “We have to understand what the application was that was used. Was it one or a variety of applications? What drivers were used? There are so many issues to get into with benchmark.” Nvidia will be doing its own testing when the iPad is released, at which point it will have some hard data – whether or not they choose to publicize it will probably depend upon the results.

Even a casual observation of Apple’s presentation can reveal a few holes. One, they’re claiming “graphics performance”, not overall performance, where the quad-core Tegra 3 may have a distinct advantage. While it’s true that the iPhone 4S (which shares almost all of its internal hardware with the new iPad) is generally better than high-end Android phones and tablets for graphics, Tegra 3 is the exception – and Nvidia doesn’t intend to take the latest slight sitting down.