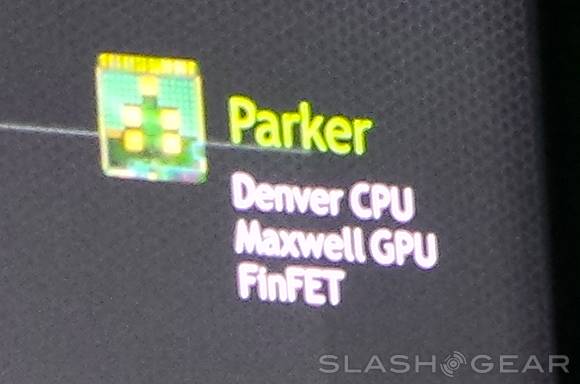 NVIDIA held an event today at the GPU Technology Conference, and it unveiled a bunch of new features its future Tegra SoCs will have. Many of these features are game changers and will allow mobile devices to do “everything a modern computer should do.” NVIDIA’s CEO revealed details about the next-gen Tegra processor codenamed Logan (most likely the Tegra 5), as well as the next-next gen Tegra processor codenamed Parker (most likely the Tegra 6).

First up we have Logan. Logan will show off two new features that have never been seen in a mobile processor. It would be incorporating CUDA (in the form of CUDA 5), a programming platform developed by NVIDIA that will dramatically increase computing performance by utilizing the SoC’s GPU. Speaking of GPUs, Logan will also feature the Kepler GPU, a first for mobile processors, that will deliver “breakthrough performance” up to 3x that of other rival GPUs. Logan will also bring OpenGL 4.3 to the table. Its looking at an early-2014 launch.

Next up we have Parker. Sure, it may be a little to early to announce the next-next gen Tegra processor, but see if NVIDIA cares. Parker is speculated to be the Tegra 6, and it brings even more advanced changes than Logan. Parker will have a Denver CPU, which is the first 64-bit mobile processor, and it will be able to utilize ARMv8 cores. It will be paired with NVIDIA’s Maxwell GPU, which promises more than twice the processing power per watt compared to the Kepler GPU. Parker will also be the first SoC to utilize FinFet transistors. Parker is said to be released sometime during 2015.

Both NVIDIA’s Logan and Parker shows us a promising, next chapter for mobile devices. It’s surprising to see that Logan will be released in early-2014, considering how the NVIDIA Tegra 4 SoC (codenamed Wayne) is looking at a release date in the second half of 2013. NVIDIA’s announcements certainly has everyone excited, and it will be very interesting to see how rivals like Qualcomm or Exynos will compete.