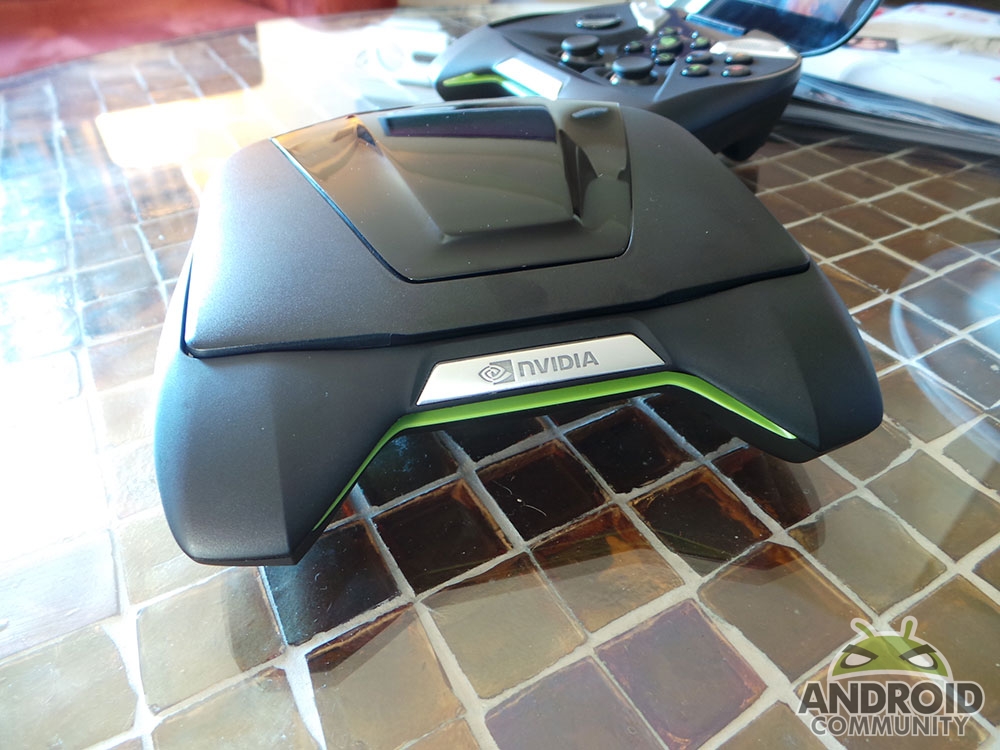 One of the biggest presentations shown at CES this year was, without a doubt, NVIDIA’s Project SHIELD, complete with a Tegra 4 processor, streaming PC gaming, and the distinction of being the first Android-toting NVIDIA device, top to bottom. What we’ve got for you here is a sort of B-roll collection of videos collected at CES from several source including NVIDIA Technical Marketing Director Nick Stam and Product Line Manager for GeForce GPUs Jason Paul. Have a peek at gaming with the device, an extended look at Tegra 4, and an in-depth explanation of NVIDIA’s full intentions with this new gaming ecosystem.

First you’ll see an extended talk with Nick Stam about what NVIDIA Project SHIELD is all about. It’s here you’ll get confirmation, perhaps most importantly, that Project SHIELD will indeed by an NVIDIA-created and NVIDIA-sold device for the consumer market. One of the first questions many readers had when Project SHIELD was introduced was whether or not it was simply an example of what could be in the future – it’s real, man, it’s real!

Next you’ll see a hands-on experience with Jason Paul, this showing off in brief what Project SHIELD is capable of in single easy-to-grasp clip. Paul is using a real-deal fully-operational Project SHIELD device here at CES in Las Vegas, Nevada as he shows off its excellence. It’s important to note that while the final project will be extremely similar to the unit we’re using here, we will still see some basic changes by the time the market-ready unit is out.

Once again with Stam we’re having an early look here at HAWKEN. This game is currently only out for PCs [have an extended look at HAWKEN on the PC over at SlashGear] but as you can see here, it’ll be hitting Android soon! This game will be busting out with full online multi-player action sooner than later – we’ll see soon if it’ll be an NVIDIA Tegra exclusive. For now it’s ONLY on Project SHIELD.

Next you’re going to see some fabulous Call of Duty: Black Ops II action as streamed from a GeForce-packing PC. This game is being played streaming with Project SHIELD’s 802.11n 2×2 MIMO “game-speed” Wi-Fi technology – hot stuff. From what we’ve seen here, this machine is not about to skip a beat.

Finally we’ve got a talk with Stam once again, this time all about the NVIDIA Tegra 4 and the possibilities it brings to the mobile universe. This processor is being prepared not just for Android smartphones and tablets, but Windows machines as well – and if we look back at some of the oddities NVIDIA’s Tegra lineup has been involved in over the past 12 months, we’ll likely see it in automobiles before too long, too – and who knows what else? We shall see!

Be sure to hit up our Tegra hub right this minute for more fabulous Tegra 3 and Tegra 4 action throughout 2013 and the future. NVIDIA’s going big this upcoming gaming season, and with Q2 2013 tagged as the big launch window for Project SHIELD, we can’t wait!