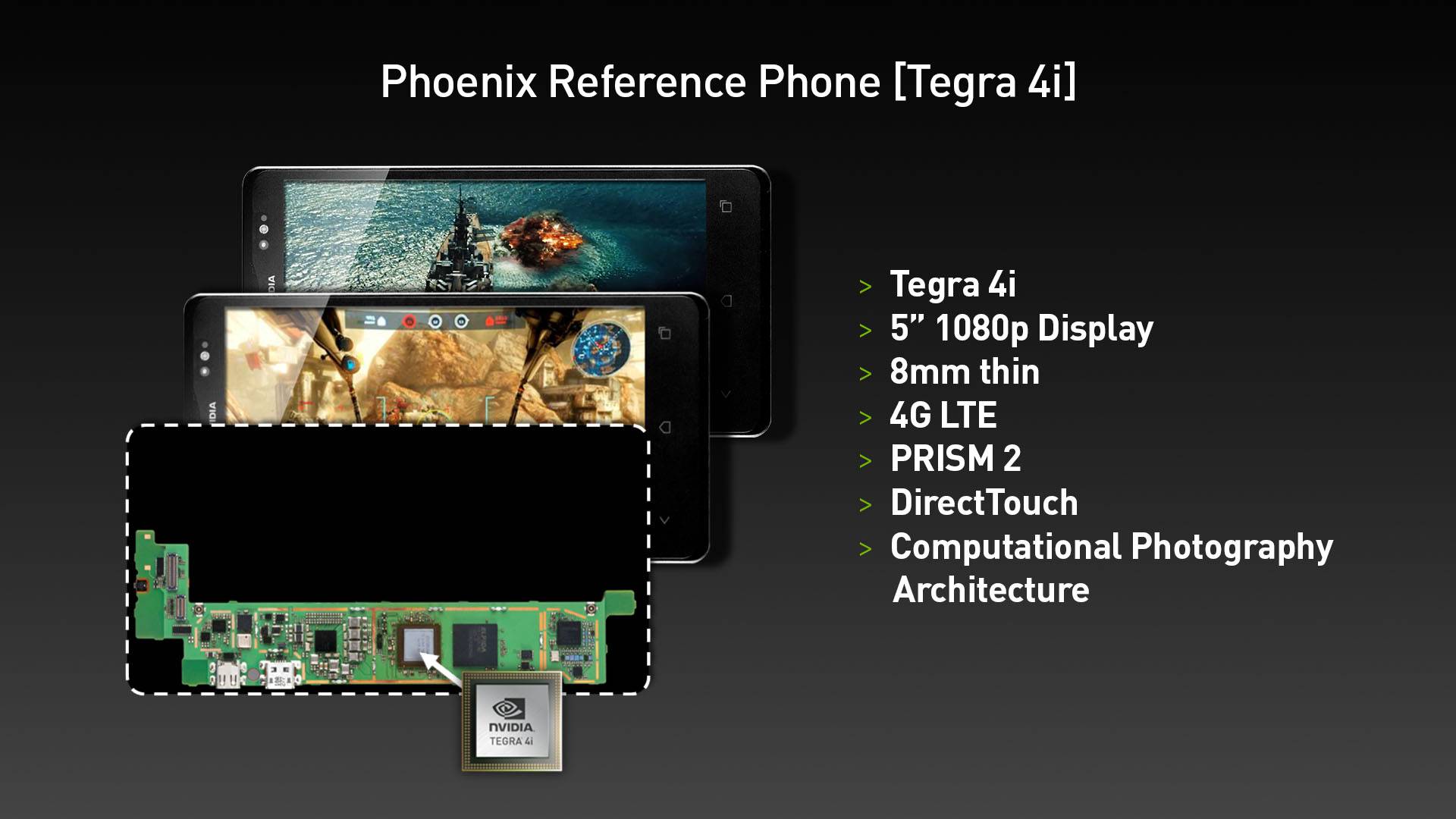 Earlier today NVIDIA announced their all new Tegra 4i quad-core 4G LTE integrated mobile processor, but they weren’t finished with their news. Last year NVIDIA released the KAI tablet platform which gave customers and OEMs a reference guide for which they could quickly design and release Tegra 3 tablets to the market for cheap, much like the Nexus 7 tablet for $199. Today they’ve announced the same plan for smartphones. Meet the NVIDIA “Phoenix” reference platform.

Today NVIDIA has introduced what they’re calling the “Phoenix” reference smartphone platform for the new Tegra 4i quad-core processor. This new platform has been released for many different reasons. Just like NVIDIA KAI, it should help device makers get their products to the market even quicker. This should help us see multiple Tegra 4i quad-core smartphones hit the scene later this year.

Not only that, but it’s also the platform in which NVIDIA will use to demonstrate the unique features, performance, and technology inside their new Tegra 4i processor. Essentially Phoenix will be a blueprint that phone OEMs can use to follow and design upcoming Tegra 4i powered smartphones in a quick, effective, and cheap manor. In the end prices will be lower, and devices will hit the market sooner using Phoenix. They’ll also be up to par in terms of NVIDIA’s standards, because they’ll follow a better design guideline.

While all the details aren’t confirmed at this point. Their reference Phoenix platform will include 5-inch and beyond 1920 x 1080p displays, 13 megapixel cameras, ultra-thin smartphones, and of course 2.3 GHz quad-core processors and 2GB of RAM using the Tegra 4i processor under the hood. While 5-inch 1080p screens are cutting edge right now, later this year when the T4i hits the market they will be more of a mainstream product, and NVIDIA hopes the Phoenix platform will enable smaller manufacturers to offer powerful and cheap Tegra 4i smartphones.

Earlier this year we mentioned NVIDIA white-label tablets and smartphones headed to the market soon. Which would basically be rebranded smartphones and tablets from NVIDIA offered by smaller manufacturers. While that might be in the cards eventually, that isn’t what we have here. The KAI and Phoenix platforms are just blueprints for manufacturers to follow, not actual products built by NVIDIA and sold to 3rd parties.

It looks like towards the end of the year 1080p quad-core smartphones with impressive specs, thin designs, and 4G LTE will be arriving by the dozens all within the $100-$299 range unsubsidized (outright), thanks to NVIDIA and their Phoenix platform. We’ll have more details and hands-on as soon as possible from Mobile World Congress next week.