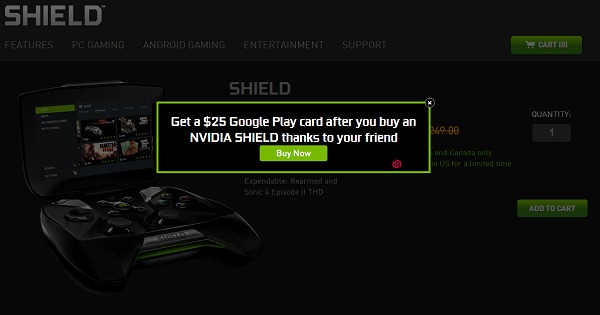 The NVIDIA Shield is probably the best evidence you will have of a PC gaming-inclined company acknowledging the exponential growth of the casual gaming market, especially in Android devices. The Shield is a handheld — a purely gaming device at that, designed to play any game available on the Android platform to date, and NVIDIA is sweetening an already lowered price point with additional freebies to convince us to buy.

The Shield debuted at USD$299. As NVIDIA was trying to push sales of the device, they lowered the pricing to USD$249. NVIDIA has recently cut the price further to USD$199, an already incredible offer on the SHIELD gaming device. As an additional come-on, NVIDIA is now giving for free USD$25 worth of Google Play Store credit which you can use in buying premium titles like Half-Life 2 and Portal – both these games looking gorgeous when played on the Shield.

The handheld’s specs are as follows – you have a 5-inch 1280×720 (294 PPI) as your main screen, it’s not 1080p (which is a bummer), but the 720p screen looks adequate for our uses. Under the hood, there’s an NVIDIA Tegra 4 processor complemented by 2GB RAM. The Shield’s internal storage comes up to 16GBs, and it has all manner of WiFi and Bluetoooth connectivity. What really sets the portable apart from any device is that it allows PC gamers to stream its games to the device, like being able to access your PC games with the handheld. The Shield also has an HDMI out port, allowing you to play your game on a bigger screen. 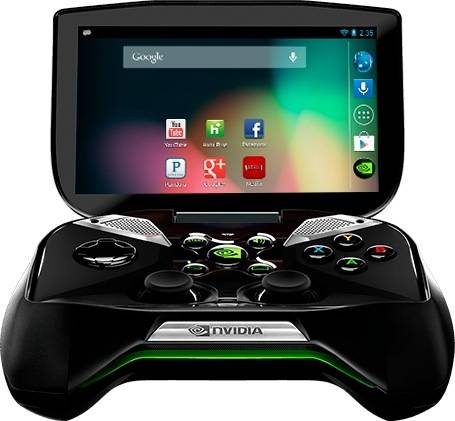 The device runs on Android 4.4.2 Kitkat, and reviews have said that the battery life of the gaming console runs to around 5 to 6 hours when playing graphic-intensive games. Another special feature which will surely appeal to droid hacks out there is that the bootloader of the Shield is unlocked, opening itself up to the various tweaks and customizations that Android users usually want in their devices. You like the offer? Hit this link.