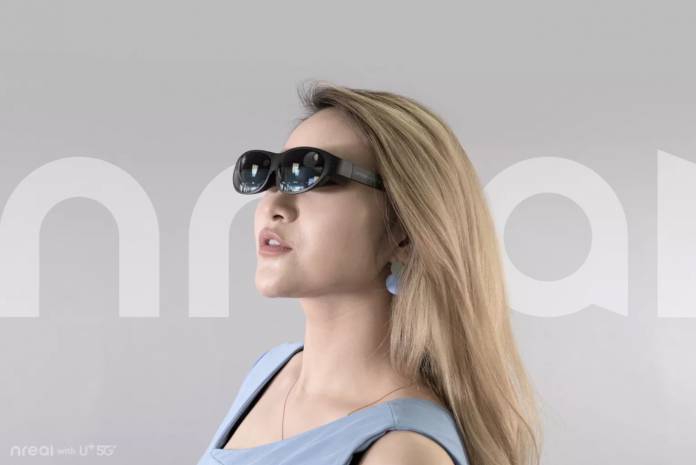 If you thought augmented reality glasses are dead and gone, 2020 is apparently proving us wrong. NReal Light is now making its “retail debut” in South Korea as it is being offered as a bundle with the newly-announced Samsung Galaxy Note 20 or as a stand-alone device. This is in partnership with LG UPlus, the local carrier owned by LG. For now, it’s just available in the East Asian home of Samsung but NReal says it will also be available in the U.S by the end of 2020.

The NReal Light will be leveraging on the Nebula UI in terms of making this pair of mixed reality glasses functional. You will need to have the Samsung Galaxy S20 and the 5G connection of LGUplus in order to make anything or the most out of it. This is NReal’s offering to the general public of a more realistic pricing and a lightweight design, according to Song Dae-won, EVP of LG Uplus’s Future Device Unit.

NReal Light should work with most of the mainstream apps like Facebook, Twitter, YouTube, Twitch, Instagram, Google Chrome, and WeChat, according to Tom’s Hardware. They say there should be hundreds of apps available at launch and those that are native Android app need not be redeveloped in order to work on the AR glasses. Once you put on the device, you will get to experience the 2D apps in 3D. LG Plus will also bring apps that are exclusive to the glasses.

The glasses run on Qualcomm Snapdragon 845 and has two SLAM tracking cameras on the outer edge of each lens. You will be able to watch videos, play games, browse your social media, search the web, and other things you’re used to doing on your phone, but this time while wearing glasses. It has a 1080p resolution per eye and brightness of up to 1,000 nits. NReal says it’s like using glasses to view a 100-inch micro-OLED screen.

The NReal Light will cost you an additional $259 on top of your Galaxy Note 20 smartphone and an LG UPlus 5G data plan. If you want to just buy it on its own, it should cost you around $586.