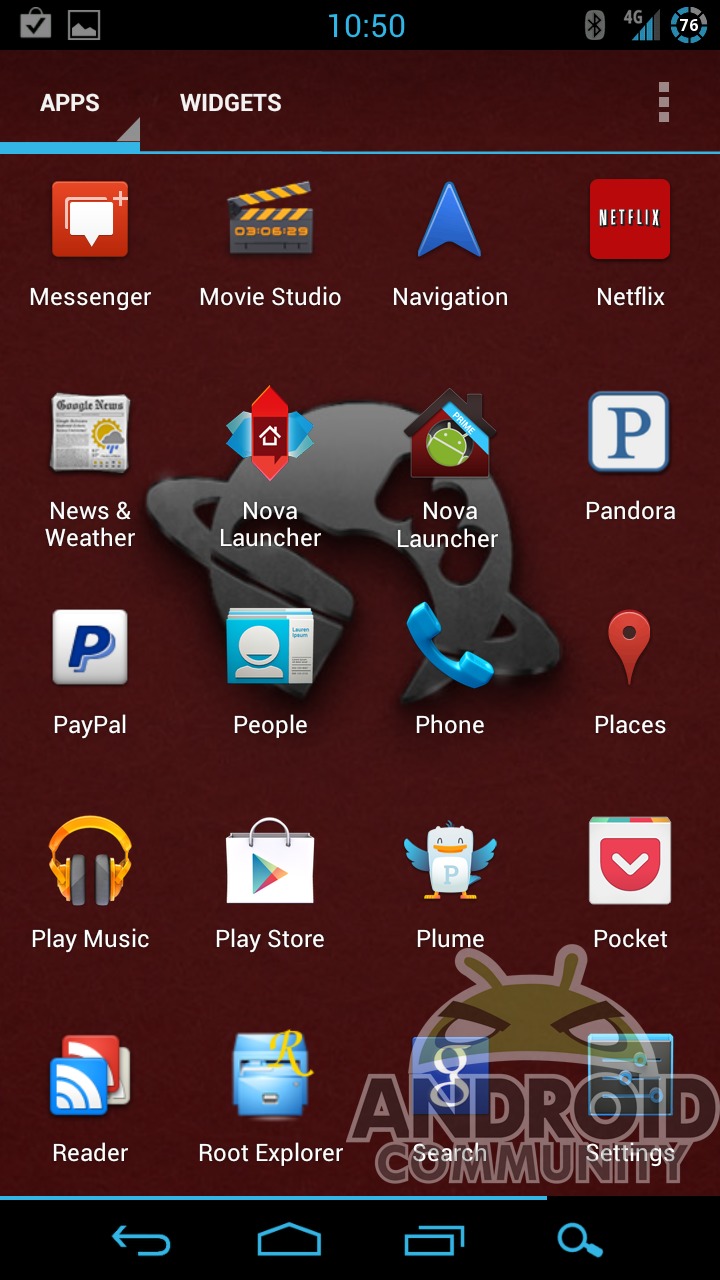 If you’ve got a Galaxy Nexus or an updated/modded Ice Cream Sandwich device, your choices for worthy launchers are pretty slim. The best to emerge among the short field is Nova Launcher, from WidgetLocker developer TeslaCoil Software. We’ve mentioned Nova Launcher before, but their latest update adds some notable new features for both free and paid users.

If you prefer, you can finally get the old-school vertical scroll back instead of the paginated app drawer that mimics the default launcher. The drawer transparency is now configurable (so you can see the wallpaper behind it) and you can add items to a homescreen or folder in bulk. Perhaps the most useful addition is that you can place a 1×1 widget (say, a flashlight or tether toggle) in the dock on the bottom of the homescreen.

Users of the $4 Nova Launcher Prime get access to new custom tabs in the app drawer, and there’s plenty of bugfixes and performance updates. The interface for Ice Cream Sandwich tablets has been updates with proper resizing. I did notice a few unwanted force closes as I was playing around with the update, but given the dedication that this developer has shown, I’d expect those to be fixed in a smaller update very soon. Because it’s based on the default ICS launcher, Nova Launcher is only for Android 4.0 devices.