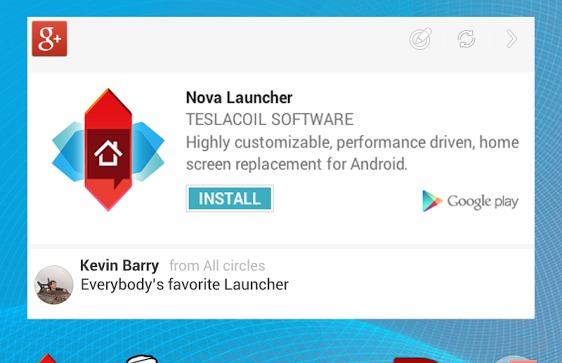 Nova Launcher is one of the mainstays of the Android homescreen scene and has so far managed to hold its ground in the face of newer, fancier, and smarter alternatives. But the launcher is now on its way towards its next major version bump, and it’s starting with this first beta sneak peek.

Unlike most major version transitions, Nova Launcher 3.0 won’t include an overhaul, a redesign, or any of those earth-shattering changes. Instead, developer TeslaCoil continues its tradition of incremental improvements. That’s not to say there won’t be any substantial new features, but a good number of them lie on the visual side of the equation.

Subgrid positioning is one of the biggest changes to this version. In effect, this feature will allow users to place icons and widgets in between the normal grid lines, allowing for almost arbitrary positioning without totally removing the orderly grid system. Other changes are purely cosmetic, like being able to set individual colors for each of the tabs in the app drawer. And speaking of tabs, those now have a new style option available in the form of Colorblock. The Persistent Search Bar style called Honeycomb that will take you back to the ill-fated days of Android 3.0 is now available on the phone form factor. As far as new behavior is concerned, 4×1 widgets can now be shoved into the dock and Nova Actions can be assigned to the first item in an Action Folder via a swipe or tap.

Unfortunately, not all changes are additive. The next version will also remove some features and behaviors that the developer deemed to have gone stale. This includes the ability to remove the All Apps tab in the Drawer, though the ability to remove the Widgets tab still remains. If you are eager to try out the first and latest beta of Nova Launcher 3.0, you can join the Google+ community, wherein you can give your valuable early adopter feedback, to get access to the beta version on Google Play Store. Alternatively, you can also directly download the APK from the link below.