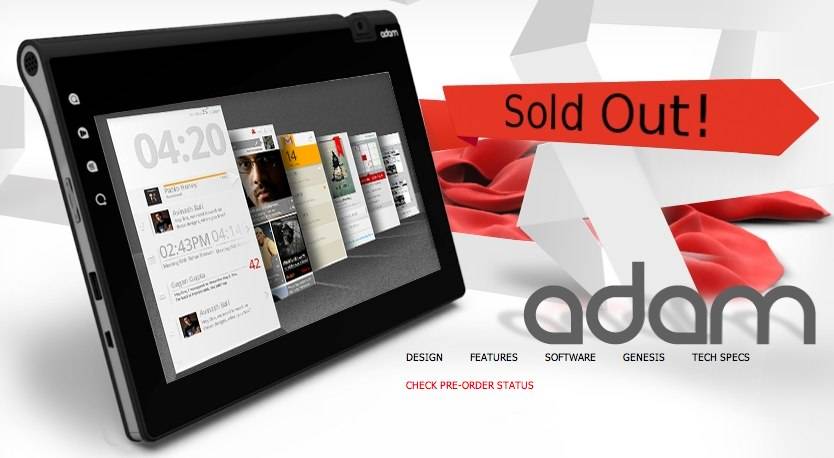 Notion Ink has sold out of its pre-order stock of the Adam tablet, though the 10-inch Tegra 2 powered slate isn’t expected to ship until early January 2011. Supplies of the Pixel Qi version of the Adam were snapped up within hours of the tablet going on sale earlier this month; it’s taken around a week and a half for stock of the cheaper LCD version to be accounted for.

Without solid stock numbers it’s hard to say how much of a success this is for Notion Ink, though given the understandable wariness many have experienced regarding a new start-up and an unproved design, it’s still reasonably impressive.