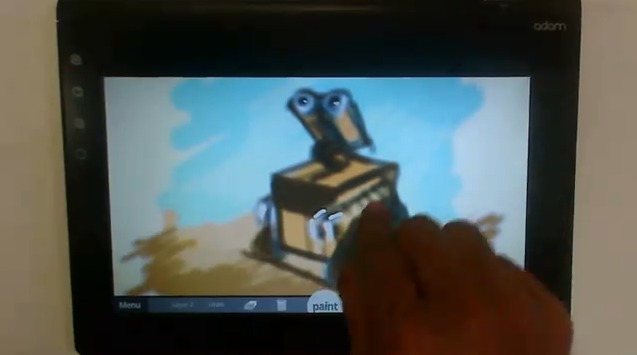 Hooray for the continuation of Notion Ink’s Adam tablet running some wild Android wackiness. Today there’s a drawing and image editing app “Canvas.” This is a slightly more entertaining application that’s been show in the first few videos, both drawing and editing images – the video demo below just shows the drawing bit. Get pumped up because not only is there different brush types and a fabulous selection of other tools, there’s LAYERS!

Notion Ink says this version of the app is “alpha,” letting the world know that they eventually want you to be able to do much more as the full launch of Adam works. They say this will be useful in movie creation via storyboarding – I can imaging it would be! So simple, so sweet. They intend for the app to be helpful for both pro-artists and for kids, (all of whom LOVE to paint, of course.) The clip below is at super speed, but it looks like it’s awesome nonetheless.

BONUS take a look at this possible unboxing over in the Netherlands – Van Gunst has an Adam!