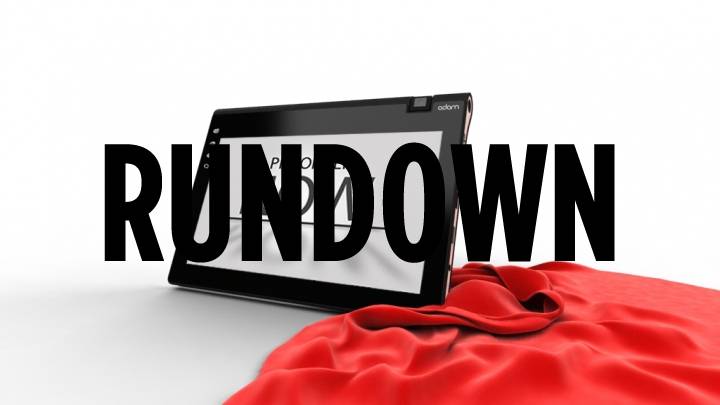 Pricing
First a formost, what does this thing cost? Originally we were told the device would cost $399. Not true anymore. Not only will the price be smaller, it wont be adjusted by country – therefor, if you live in a place like England where your pound is worth two USD, you’re in LUCK.

Inside Adam, you’ll be getting

OpenGL
Which Notion Ink notes works the best with NVidia’s Tegra. Especially since they’ve got high expertise on graphics, this paiting with the built-in GPU of the Tegra 250 SoC is both exhaustive and highly accelerated. (They also note that OpenSL support will come as an update soon.)

SIP/VOIP
Newly announced official support is in place on already implemented SIP and VOIP, allowing programmers to port with ease.

Multi-touch Keyboard
Can you say “Ctrl+Z”? With a multi-touch keyboard you’ll be able to do all the things you normally would on an analog keyboard, quite simply. This functionality will be coming with Android 2.3 and 3.0 Honeycomb. Adam is delivered with 2 keyboard designs, both with multi-touch, both with the lines and space deleted from between the keys. What’s that? Does that seem strange? Notion Ink notes that during their exhaustive studies of typing on screens, the reduction of space between keys ended up increasing the correct-typing done by the user. Better word counts and lowered error rates all around. One keyboard appears to be close to what you’d expect, the other is a split keyboard that you can access while holding the device in both hands. Quick access keys are added, and all keys are able to have 2 functions (multi-touch activation!)

Android 2.3 with Kernel Version 2.6.35
Notion Ink notes that the latest version which NVidia Tegra works with is 2.6.36

Honeycomb
Inside the world Notion Ink has titled Eden, you’ll find “Support of Views within views”, a panel system allowing 100s of panel instances, or windows on screen. The new user interface should be instantly apparent upon the install of any native app, and memory management should be newly top notch. Notion Ink says they’ve done everything in their power to make Android 2.3 feel like what 3.0 will end up being so that when the update comes across, it wont be such a shock.

Launch
In a very strange move, Notion Ink’s sending of pre-order links are to go to everyone who had commented in their official blog before a certain point, these links remaining active for 6 hours from the receipt of the email. These emails were to be sent out 10 December 00:00 AM IST, after six hours (06:00 AM IST) the door to pre-order would be open to everyone.

Colors
There are SIX color variants for the Notion Ink Adam at launch, an addition of 2 colors making it a total of 12 variants – get it? The default color of the Adam is matte black (that’s what I’d choose) with a white strip, but the strip is replaceable. In mid-January of 2011, partners of Notion Ink will start shipping all sorts of wacky color strips so your Adam can be completely unique! I’ll take bumble-bee yellow pleeeease.

NFC
Adam does not come with NFC sensor out of the box. Whenever “Eve” comes out, it more than likely will. By that time NFC should be implemented in enough facets of everyday life that it’ll make sense to have it come standard.

Digitizer
Adam comes with Open Source implementation that converts it into a digitizer. Hooray! Wireless! Use your Adam “as a BIG touch screen for all your PCs, so you can draw, paint, sketch, click, select and do all you want!” Super neato.

Mystery Feature
Still a mystery! Notion Ink says the following: “One of my wish was to design a product where every fortnight you can receive a new update which isn’t just a security bug fix, but a discovery of something which already existed, sort of un-locking a part. This is my first attempt on the same lines!”

What Adam Means for Notion Ink

Adam is certainly the beginning. Fortunately, the excitement of what future might hold has made us rather more focused, because we need to lay the grounds for what is yet to come. The test for Adam is harder than we think. It’s the survival of the fittest out there. We have designed it to be the latest in technology for next 12 months but the competition might catch us even faster. Adam has to succeed as a product, as a vision and as a consumer device.

He is going to be a companion for students, an access to the world of featured emails for businessmen, platform for experimentation for scientists, and the true internet device which defines half of our time today! As someone commented, it is an Inception, and its going to make us look at it in awe!

The Adam has arrived!

Check out this gallery of screenshots as well. Jump for joy!