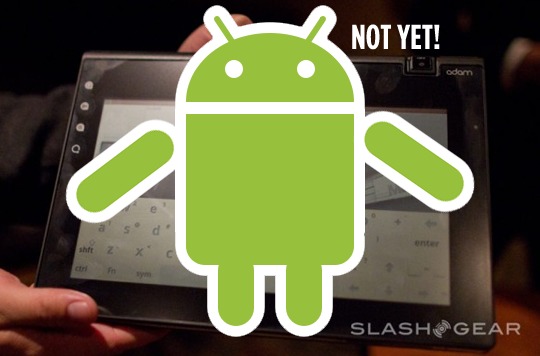 Check it out – Rohan has word that the FCC has cleared the Adam Android tablet, and will be posting that clearance today or Monday. This they say means they’ll be able to start printing (labels?) Monday and start shipping on Wednesday. If you’d like to search for the tablet in the FCC you can search with NI3421A01 as the Product Code, Guarantee Code: Y2G and  0020356499 as FNR.

There’s a bit of a story behind the code that I’ll just reproduce here because Rohan says it better:

Rohan also notes that they’re definitely working with some sort of “BIG Media group” that’ll allow them to get “LOTS of content for you” including music, videos, books, and magazines (along with Comics with LBX). — Does this mean this stuff will be free on the device? That’d be weird.

He goes on to say that the 2nd pre-order has no started because they’re waiting for deliveries in the USA and Europe.