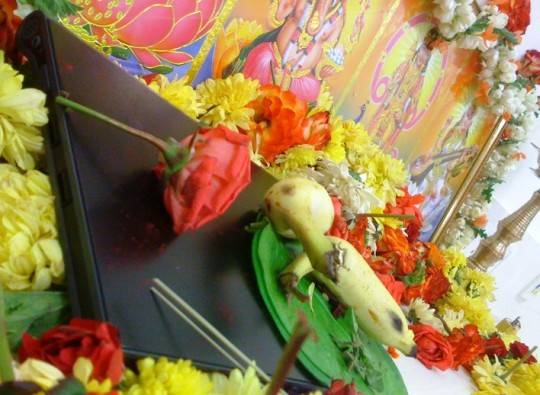 Notion ink has taken its Adam Android tablet and had it “blessed” by pagan gods to help ensure success. I think the better way to be sure the tablet goes over well would be to make it work and stuff.

The Adam tablet will come to market sporting Android 2.2 Froyo. Some speculation had the device coming later with Android 3.0 otherwise known as gingerbread under the hood.

The tablet will sport the second gen NVIDIA Tegra chipset and will have two screen options with a regular LCD and a Pixel Qi screen. The device will have full HD video support and HDMI out along with a custom UI and multitouch capability.