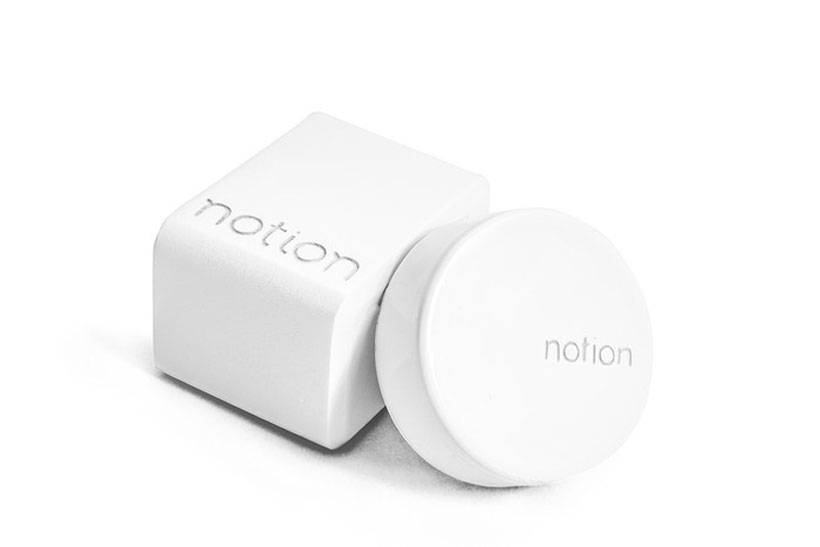 Home alarm systems have been around for a very long time. They are typically able to alert owners and law enforcement officers when something is going wrong in the home such as glass breakage or door opening. Notion is a new home intelligence system that makes home alarms much smarter.

With Notion sensors installed in the home, homeowners would be able to do all sorts of things like tell how full a propane tank is, if a safe has been opened, or if there is a water leak. The sensors can also alert homeowners when children return home from school.

Notion is on Kickstarter now trying to raise the money to move from concept to reality. The system includes a hub and a sensor. The hub would be the point of connection between the sensor and WiFi signals to the internet. The sensors itself are all the same and are customizable to recognize eight actions using an accelerometer, piezoelectric transducer, gyroscope, ambient light sensor, proximity sensor, temperature sensor, and water leak probes.

A mobile app to monitor the sensors is available for Android and iOS. The sensor would be able to tell you multiple things about your home simply by attaching it to the front door. You could learn if the door is opened or closed, if someone knocks, the temperature of the room, if a light in the room is on, and if the smoke alarm goes off. The project was seeking $50,000 and has raised over $140,000 at the time of writing. A starter kit with a hub and a sensor will costs $99 with delivery in July 2015.