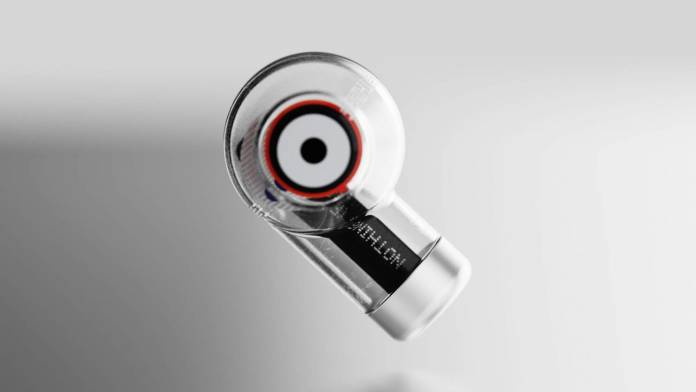 To name a tech company Nothing is a pretty brave move but also brings with it a huge weight of expectation and promise. That’s what former OnePlus chief Carl Pei has done and now we are set to find out their first product. Well, we actually already know what this product is, truly wireless earbuds apparently. But finally we get a date when the Nothin ear (1) will be officially unveiled and that’s July 27. We’ll find out what will make this pair of earbuds will bring to an already crowded wireless earbud segment, aside from its “transparent” form factor.

The journey to “nothing” has been pretty interesting. Pei’s plan was to start relatively small and just last February, he revealed plans to release wireless accessories. The steps towards that included acquiring the patents held by Essential, a now-defunct smartphone-maker. Nothing also finalized a partnership with Teenage Engineering, makers of synths and musical instruments that were a bit weird and odd but always interesting.

So when they let us take a peek into Nothing concept 1, what we got was transparent earbuds that got rid of “excessive branding and visual ornamentation”. Pei said that it is inspired by “grandmother’s tobacco pipe” whatever that means. But basically, he unveiled the company’s goal to create products with “shapes that look natural and warm, yet don’t easily feel outdated.” That was the concept product so we’ll see if they were able to achieve it in the actual product.

Nothing says that the earbuds will be more than just a way to listen to music but we don’t have any details yet about what that entails. All of the official information coming out seems to be abstract and there are no specifications of features that have been revealed just yet. They will probably need to have something extraordinary as the market for wireless earbuds is pretty competitive with Google Pixel Buds A on one end of the spectrum and Apple’s AirPods Pro on the other.

The Nothing ear (1) will be officially unveiled on July 27, 2pm BST (9am EST / 6am PST). Let’s see what they have up their ears and if the company’s first product will be able to make an initial splash in the market.