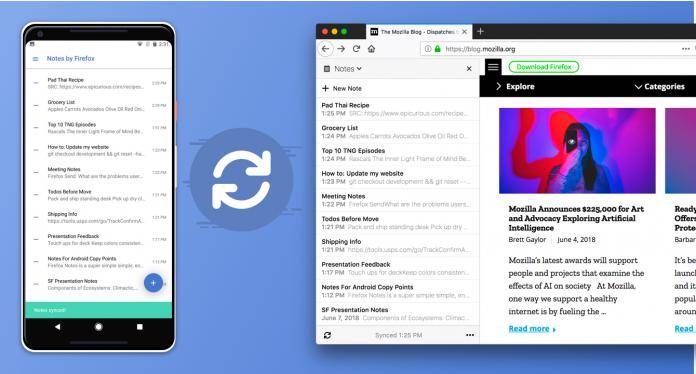 Last year, Mozilla announced that they were expanding beyond just being a browser by launching their Test Pilot experiments. From the name itself, these are experimental features and apps that they want to try out first before launching full-scale. One of the earliest things they introduced was the Notes browser plugin which lets you quickly and effortlessly jot down notes and have access to it wherever you have a Firefox browser. Now they’re bringing a stand-alone app so that you can sync it across both devices and browsers.

If you’re expecting a robust and feature-packed app, then you’re better off trying Evernote or OneNote. What Firefox brings here is a minimalist but functional app that lets you do basic things. And if it’s basic that you’re looking for, then this app is something you might want to try out with its no-frills and easily accessible features. What you’ll need is a Firefox Account and Firefox Sync so you can use its full functionality. You can then download the Notes by Firefox app from the Google Play Store even if it’s still labeled as unreleased.

The app itself is a simple note-taking app where you can jot down your ideas and thoughts on the fly, create a to-do list, or capture a brilliant idea before it gets lost in the ether. It will automatically sync across all your Android devices and your Firefox for desktop. This means you can read, edit, or delete any of the notes while you’re on the go. The best part is that the app uses end-to-end encryption so this means only you will be able to see the notes, at least that’s how it’s supposed to be.

Aside from Notes, the other Mobile Test Pilot Experiment is the Lockbox, a password management app and service, but for now it’s only for iOS devices. You can expect more from Mozilla when it comes to these experimental features and apps as it’s a good way to test whether something would actually click with its users before they release it to the wild. If the Notes app seems attractive to you know, you can download it from the Google Play Store for free.