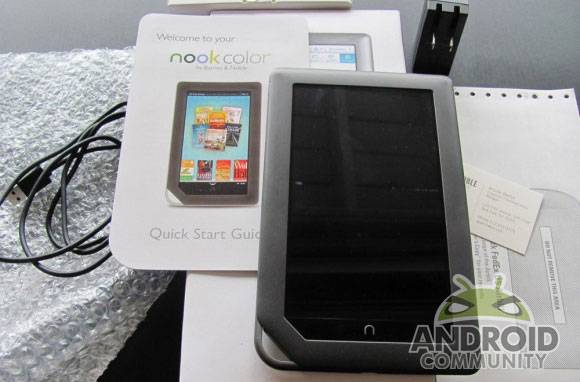 For those of you that don’t know, NOOKcolor is an Android-run reader-centric tablet from Barnes & Noble, one that recently hit the news again due to it’s 1,000,000 downloads of apps in it’s first week of allowing such downloads. New purchasers of NOOKcolor might not be running through the daisies so lightly, as just 1GB of the 5GB of storage the tablet is supposed to have will be partitioned off for side-loaded content. No more Speed Racer keeping for me!

All new boxes of NOOKcolor with a blue dot on them (really, not making this up,) are supposedly containing the versions of the tablet with only a single GB of space left for music, movies, and etcetera. Sure you can still load up the rest with books, but who wants to do that? This may put a big scar in the plans of hackers who’ve been purchasing the device since its inception to unlock and repurpose the hardware for more Androidy awesome uses.

That said, this device will certainly STILL remain a heavy seller because of its tiny price ($249) and ability to be hacked. Certainly the e-reading has something to do with it too. Furthermore, intelligent takers apart of devices with their brains members of the hacking community will almost certainly find a quick way to get past the block noted here.

What about you? Do you have a NOOKcolor yet? Have you broken in? Or do you just use it for the books?

Also remember to check out your humble narrators massive week-long look at this device over at SlashGear.