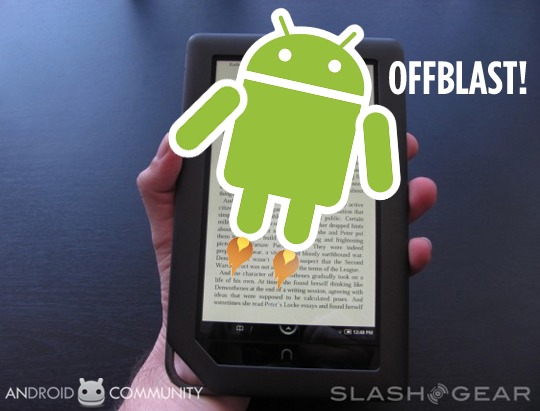 Behold the awesome saga of NOOKcolor. When I first set eyes on the ol’ NC first, (see those posts here,) I thought she was an OK reader, but she had a lot of potential that was going to waste. Sure enough not 2 days after I sent the NC back through the mail (I was only borrowing it, after all,) we get news that it’s been ROOTED. From there, it was a fantasyland of apps, workarounds, ROMs, everything you could want. Except for one thing. Noone had overclocked it, not even a little bit. Well that’s changed, and it’s changed today.

Actually the overclocking technically took place a couple days ago, but heck! Not many people knew about it until now. An XDA developer by the name of Geniusdog254 made a Flashable Overclock Kernel by the name of “She’s A Screamer.” Classy! He set it up so you and I and everyone could get our hands on it and use it on our own devices. He then tried it out on his own NOOKcolor. What did he find?

The device overclocks to 950Mhz. NOOKcolor chokes out at 1Ghz, which Geniusdog254 decided is probably just happening on his device only, but he says 950Mhz is STABLE. That’s wacky taffy. Take a look at the whole thread over at XDA Forums and don’t forget that it’s spread over two posts, 1 and 2. Thanks dog!