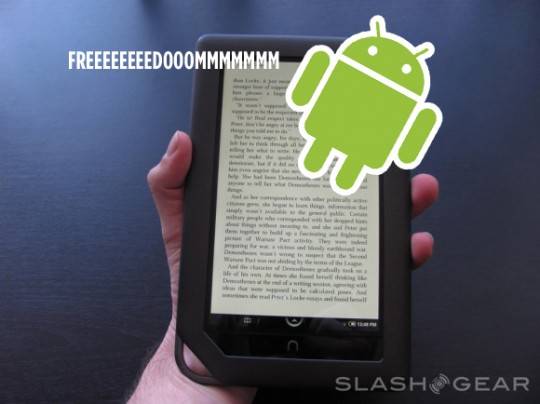 For those out there who purchased the newest eReader from Barnes & Noble, the NOOKcolor offers up plenty of options out of the box, but for those who think outside of the box, the device has an almost unlimited potential. And that’s all thanks to the Android platform ticking away under the hood. While we’ve already seen Android 2.2 hacked onto the device, it looks like Barnes & Noble is confident in their update strategy, to confirm that the eReader will be seeing the official update in just a matter of weeks.

The update, which will bring the eReader to Android 2.2, will make it possible for those who don’t feel like hacking their device to access the Android Market, as well as have more traditional Android homescreens (unless B&N alters them in some way, which they might). And, for the record, if you’ve managed to hack your NOOKcolor and put Android 2.2 on their already, B&N would like you to know that that turns off the battery monitoring process, which could mean that your battery overheats. And you don’t want that.