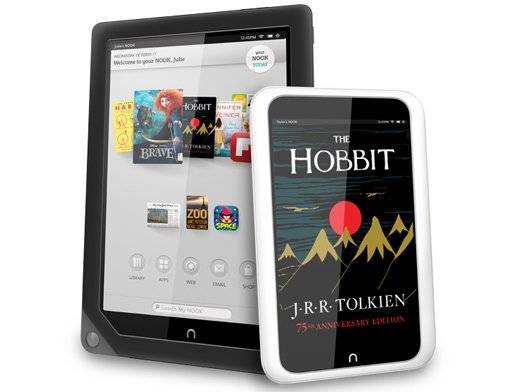 Perhaps doomed from the start, news now suggests Barnes & Noble’s Nook division is seeing a shakeup. Management has left, with even the CTO having abandoned his post. Further complicating issues is news that the head of Nook Press may have also split from the book seller.

The Digital Reader is citing “one of the many engineers” that left Nook Media late last year, saying that even top level employees are quickly jumping ship. Nook Media CTO Ravi Gopalakrishnan has left, leaving the Nook monster without its technology head. This could signify that Barnes & Noble is attempting to remove themselves from hardware altogether, which we’ve heard before.

Though unconfirmed, there is also news that Avi Nolan, who may have been the head of Nook Press, has gone as well. Unfortunately, Barnes & Noble refuses to comment, and a Nolan’s credentials can’t be confirmed otherwise. The position is available via Barnes & Noble, so it remains unclear just what happened — or is happening — there.

Barnes & Noble is no longer making their own hardware, but this could mean the Nook program in general is souring. It could also mean a new direction for the program, and fresh faces needed to lead the charge. Until we get confirmation from Barnes & Noble one way or another, we’ll stay objective. The Nook, though it may not sell well, is one of the better tablets around. The addition of Play Store compatibility makes it that much better, but it’s possible the tablet simply can’t shake it’s eReader roots.

Leave a Reply to Nate, of The Digital Reader Cancel reply