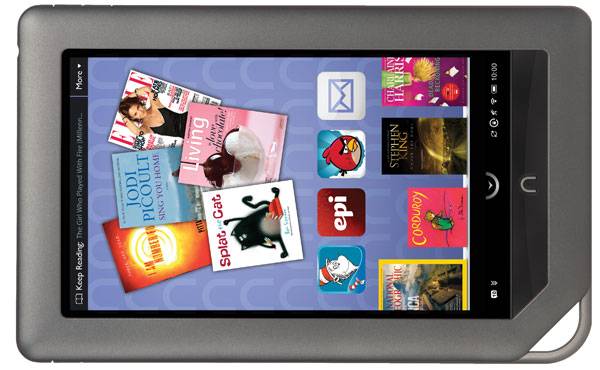 It’s common today for tablets to be able to function as eReaders either via a built-in innate capability or via an app that allows the device to hook to a digital bookstore like Amazon or Barnes & Noble’s offering. It’s not that common for an eReader to be able to play like it’s a table though. That is exactly what the Nook Color from Barnes & Noble is able to do. The eReader has a color LCD and runs the Android OS opening the possibility for all sorts of cool things.

The Color has had a software update launched that brings the device up to version 1.2.0. The firmware update adds in some really cool new features that will bring the Nook Color more clearly into the tablet category rather than just an eReader with some cool new tricks. The new firmware adds Nook Apps, Nook Email, and enhanced web experience and more. One of the key things in the update is a Nook Kids area that offers Play titles and enhanced books among other things.

B&N says that the update will start rolling out to users via WiFi starting the week of April 25. That is today if you aren’t keeping track. The users don’t have to do anything to get the update, it will be offered automatically. If you want to do the update manually, you can do that right now as well. The Nook Apps will bring some cool things, I would bet games would be among the first of the apps offered. I can certainly see people playing angry birds on the Nook color.