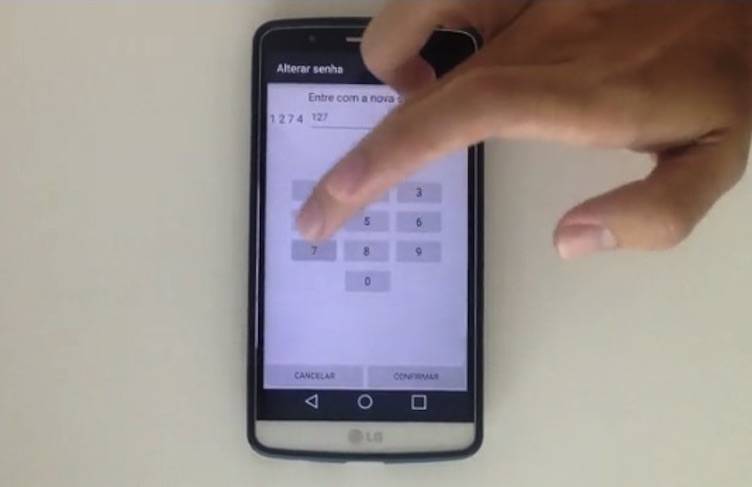 A smudge-free phone is not possible. You may be able to clean your screen well but the patterns (and germs!) will still be there. We don’t usually care much about those smudges but apparently, there is a new way to hack the phone. Smudge patterns on a screen can be read by a hacker who wants to get information and data from your device. The unfortunate idea is that a hacker can know your patterns and then guess a passcode. It may take some effort but it is possible.

There is no report of it happening yet but a recent research report tells us that it can happen. Complete mobile security isn’t always possible and hackers will always find a way to get into something. As new apps as protection and security measures are being discovered, the geniuses will continue to look for more gateways. The cycle will just continue to go on.

To avoid such attacks, a group of students from the Universidade Federal de Minas Gerais has developed NomadiKey. It’s a special security feature that reduces the size of passcode entry keys and then scrambles them. This way, hackers will have a hard time figuring out your code. It’s a smart move but NomadiKey takes longer (by only 1.5 seconds) to log in.

NomadiKey’s Artur Luis de Souza presented the software at the recently concluded IEEE International Conference on Communications in Malaysia. He showed how the NomadiKey bested other security measures like the PIN code, Android pattern, LG’s Knock Code, and a random keyboard generator.

The NomadiKey team has worked hard to develop this very usable and secure method. It may take a while to get into something but one may get used to it. The more you use it, the faster it would be for a mobile user. NomadiKey is not yet available for everyone but the team is positive that those prototypes on some phones will work fine. The team still needs to do further research and development before it becomes available for commercial use.