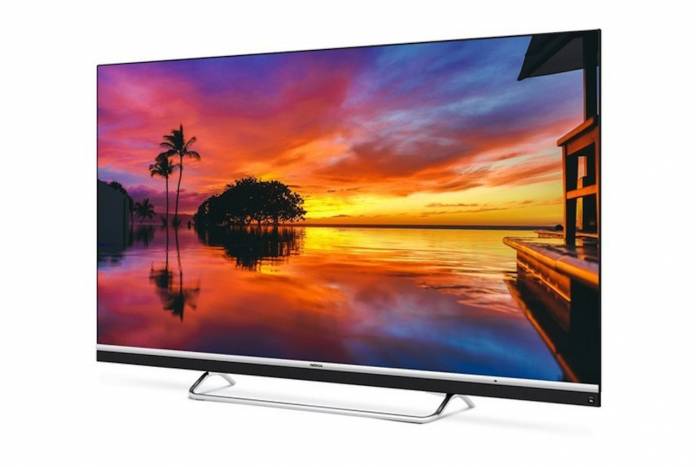 It looks like Nokia is set to launch another variant of its Smart TV in India. Previously, they released a 55-inch model but now we’re seeing a 43-inch version on the Nokia website, although it just says “coming soon”. This is another partnership with local retailer Flipkart but the page on their website isn’t live yet. Physically, they look basically the same except the upcoming one is slightly smaller. There’s also no indication if it will be rolling out to other markets as well.

Nokia Power User first leaked that Nokia and Flipkart were planning to launch a 43-inch Smart TV. While there isn’t an official announcement yet, an image has shown up on the Nokia website, saying “The new 43 inch Nokia Smart TV with Sound by JBL is coming soon”. The image shows a TV that looks very much like the previously launched 55-inch one, so it’s probably safe to say that they followed the same design.

No specs have been officially released but sources are saying that aside from the JBL speakers, the smart TV will have things like Intelligent Dimming, DTS TruSurround, and Dolby Audio. These are also things that the previous model has. Following that same logic, then we can expect the upcoming smart TV to have a quad-core processor with a Mali-450 MP GPU, 2.25GB RAM, and a 16GB storage.

The smart TV will be running on Android 9 and powered by Google Assistant. You get the Google Play Store too so you can download apps like Netflix, YouTube, Prime Video, etc. Chromecast should also be built in and there should be three HDMI ports, a USB 3.0 port, a USB 2.0 port, and Bluetooth 5.0. For the JBL speakers, it comes with two 12W speakers and support for Dolby Audio and DTS TruSurround.

Well all these specs are unconfirmed at the moment since all we have is an image. But it should also probably follow its elder sibling’s specs. No pricing is indicated but it should be around Rs 30999