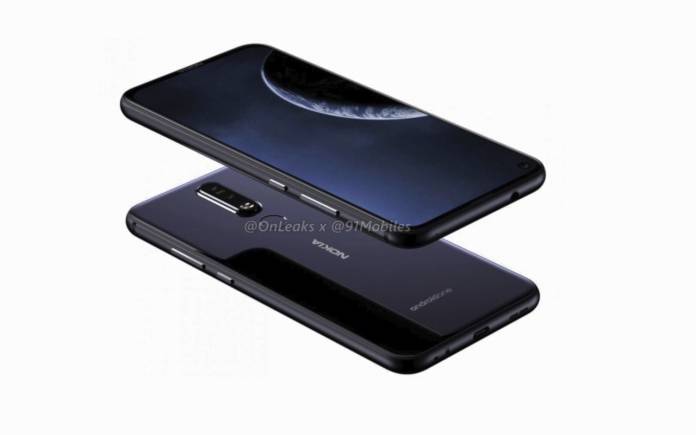 The Nokia 7 Plus may be in hot water right now but we’re confident HMD Global will be able to straighten out the issue. Nokia is still a name to be trusted even if after all those years of absence and the recent comeback. The company has been busy with coming up with new devices. Most of them can be considered as innovative and a few of the firsts to feature some technologies. For example, one Nokia Android phone can be considered as one of the first few to implement a notch on the display.

This time around, a new Nokia phone will present a camera punch-hole screen. It’s a first for HMD but it follows the Samsung Galaxy A8s, Galaxy S10, and the Huawei Nova 4.

The yet-to-be-unveiled Nokia X71 will come with a punch hole selfie camera. This means the absence of a notch and thick bezels.

HMD will make the official announcement in Taiwan on the 2nd of April. We’re expecting some more leaks will surface before launch.

As for the specs, we’re hoping for the best specs like the 48MP rear camera with ZEISS lens as part of a triple camera system. There will also be a 120-degree super wide-angle and another sensor. A large 6.22-inch screen can be anticipated as well.

The Nokia X71 could also be known as the Nokia 8.1 Plus. If that is the case, then we’ve already seen the device back in January.