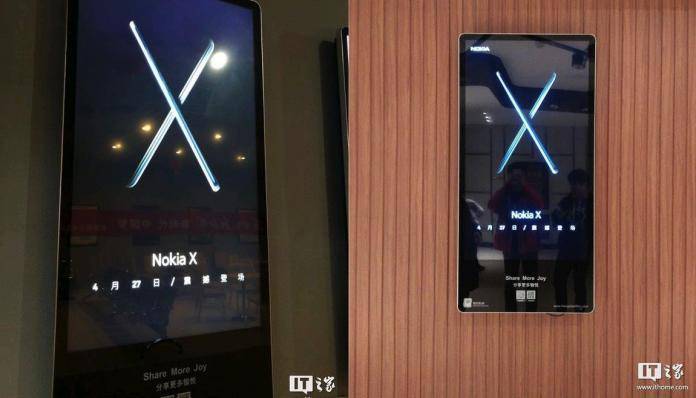 Will Nokia launch a new Nokia X model? The last time we mentioned the phone was back in 2014 when the endangered device received one last update. It’s different from the Nokia XL and the Nokia X2. We were recently informed about the possibility of a Nokia X resurrection as a teaser was shown in a theater, featuring a mysterious smartphone with the ‘X’ reference. A launch date was even given–April 27. This is the first time we’re hearing about the phone but we’re curious how this one will be different from the old Nokia X.

We’re assuming Nokia wanted to give life to its ‘X’. And since almost all numbers below ten have been used up, Nokia perhaps wants to use the ‘ten’ but instead of calling it Nokia 10, why not Nokia X. We’re only guessing but there’s also a possibility it will have the same fate as the Nokia 3310 which was a reboot of the model from the last decade.

According to the ad, the smartphone will launch on April 27 that’s less than two weeks from today but we’re ready for any announcement. We don’t think it’s a premium flagship offering but rather just a mid-range phone. We’re taking this information with a grain of salt so let’s wait and see.