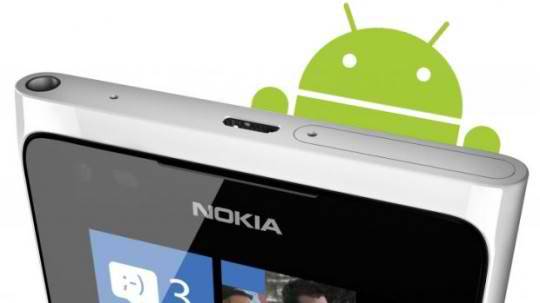 If the thought of a Nokia Android phone was exciting for you, this may put you over the top. According to a report from The Wall Street Journal, Nokia will release an Android smartphone this month. Perhaps we’ll see it at MWC as we’ve heard, considering Nokia has an event scheduled.

Citing sources familiar with the matter, The Journal is saying Nokia is pushing out their Android handset quickly. We’ve long heard the rumors of production ramping up, and other various tidbits about the Nokia Unicorn Android device being a reality. Now that we have a timeframe, we have a better idea of how to temper expectations.

Though neither Google nor Nokia would officially comment, it’s not something we’re shocked by. Nokia was said to have a massive stockpile of their Android handsets, and be feverishly working on supply chain nuances to make it a reality. While we’re not sure if this is the famed Normandy handset, it seems as though we’re getting something from the dying Nokia.

A Nokia handset is one many Android fans have long been wanting. Well built, and a long-forgotten favorite, Nokia smartphones suffered by relegating themselves to Windows Phone. Perhaps as a last salvo of reason, Nokia is releasing this device to prove something to themselves. As the hardware team transitions to Windows, it makes little sense otherwise. We will, however, look forward to more Scroogled ads, now that Microsoft technically makes an Android phone.